Move On, Can’t Have Divisiveness Over Schools 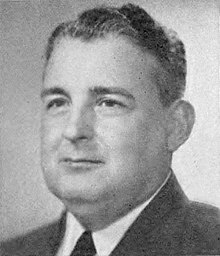 Here is a comment by a politician that would fit very well in the comments in BR over the last year or so and is in full accord with Governor Youngkin’s effort to “root out” divisive concepts in schools:

“Nothing in my lifetime, and I doubt at any other time in the history of the Commonwealth, has ever come so close to the hearts of the people because it involves the education of our children and grandchildren, and is an effort on the part of extreme left-wingers to instill into them every imaginable spurious doctrine”

The commenter:  Virginia Congressman and former Governor Bill Tuck, in a letter to John H. Daniel, June 17, 1955, on the issue of having Black children attend school with White children.

As the great philosopher, Yogi Berra, said, “It’s like its deja vu all over again.”