More on the Martinsville Reversion 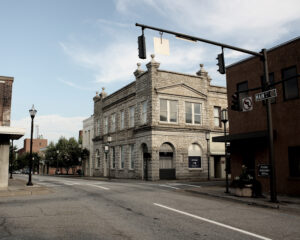 Like Jim Sherlock, the decision of the city of Martinsville to revert to town status caught my interest.

There are several  clarifications, as well as context, needed in response to his post on this subject, which would be too long for a comment. Therefore, I have decided to use a separate article.

To begin with, Martinsville has not led the way in its decision to revert to a town. As noted by several commentators,  the City of South Boston, now the town of South Boston in Halifax County, was the first city to revert to town status. The reversion was effective in 1995. The city of Clifton Forge (Alleghany County) followed in 2001 and lastly, there was the city of Bedford (Bedford County) in 2013. All three former cities are now towns. Here is the list of reversions, along with the reports of the Commission on Local Government regarding these reversions.

For detailed analyses of the reversion process in Virginia and how it works, see here and here.

In the second place, the situation is not as dire for the county as Mr. Sherlock paints it. It is true that the school systems will be merged and the county will be responsible for some of the costs formerly borne by the city, such as social services. However, the county will be able to expand its tax base as a result of the reversion. Under Virginia’s independent city system, each county and city has exclusive taxing authority within its boundaries. But, a county can levy taxes, including real property taxes, in towns  within its boundaries. As a result of the reversion, citizens of Martinsville will be paying property taxes to both the county and town, rather than just to the city.

State law provides that, in the case of a reversion of a city to town status, state financial aid, including that for schools, shall not be reduced to the locality for a period of fifteen or twenty years, depending on the type of assistance. There is also language in the budget that, in the event of a consolidation of school systems resulting from a reversion of a city to town status, the Department of Education shall use whatever would have been the lower composite index of the two localities for the distribution of state basic aid to the county.

The context of this issue is the unique system of county-city separation in Virginia. For many years, as cities filled up and areas around the city needed city services, such as law enforcement, streets, water and sewer, etc., the city could annex county territory. As counties became more urbanized, particularly adjacent to cities, annexation of county territory could result in a significant loss of the county’s tax base. Furthermore, in some instances, racial issues were also a factor in the opposition to annexation.

This situation led to litigation and, often, lasting tension and bitterness. (Towns could also annex, but, because a town annexation did not affect a county’s tax base, they were not fought as fiercely.) The “annexation wars” culminated in the late 1960’s and early 1970’s. There was a multi-year study by the General Assembly that proposed a compromise that was adopted by the General Assembly in 1979. As a result, the urban counties, such as Fairfax, Arlington, Prince William, Henrico, and Chesterfield were granted total immunity from annexation by adjoining cities. Paradoxically, the statutory language setting out the criteria for total immunity also fit Henry County, hardly an urban county. The fact that Del. A.L. Philpott, one of the most powerful legislators, lived in Henry County had a lot to do with the county getting total immunity.

In the mid-80’s, the legislature enacted a “temporary” moratorium on all city-initiated annexations. That moratorium was extended several times. The current extension expires in 2024.

Mr. Sherlock and the county claim that the city was holding all the cards. To the contrary, the county was holding the best cards. The city could not expand its tax base by enlarging its territory. The county, on the other hand, is much larger in size. The only card that the city had was to revert. This reversion is not a sudden decision; it has been discussed for several years.

By law, the Commission on Local Government must review any agreement between a county and city regarding reversion to town status. After reviewing the agreement in light of statutory criteria for reversion, the Commission will make its recommendations to the court handling the case. This was the procedure used in the Clifton Forge and Bedford reversions.

It makes a lot of sense for these small cities to revert to town status. For the most part, they do not have the tax base to continue providing the services, especially if they are losing population. From what I can tell, the reversion of South Boston has gone well. I have not heard of any problems with the other two reversions.

This entry was posted in Efficiency in government and tagged Dick Hall-Sizemore. Bookmark the permalink.