More Fallout from the COVID Shutdown 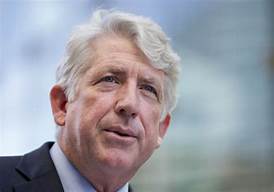 A least 5.4 million Americans lost their medical insurance when they lost their jobs to the COVID-19 epidemic between February and May, says Attorney General Mark R. Herring in a press release issued today. In Virginia, he adds, it is estimated that 14% of adults lack health insurance.

In citing those numbers, Herring urges Virginians to evaluate their health insurance options on HealthCare.Gov, the subsidized medical insurance marketplace created by the Affordable Care Act (better known as Obamacare). The AG also also is asking federal administrators of the program to create a special enrollment period to allow access to the insurance during the COVID-19 epidemic.

I find the statistics of interest, though not for the same reasons Herring does. They measure a huge unintended consequence of the COVID shutdowns in Virginia and other states: When people lose their jobs, many lose their health insurance as well. Many Virginians do not qualify for the state’s expanded Medicaid program, or may conclude that Obamacare coverage is too pricey to be worthwhile.

To be sure, Virginia is not the only state in the U.S. to have a governor willing to shut down large swaths of the economy for the purpose of combating the coronavirus. Governor Ralph Northam is working on the same set of blinkered assumptions shared by most governors and the national media. the most invidious of which is that the number of COVID-19 cases and deaths are the only metrics worth measuring. But as a VCU study has found, the economic shutdown created extensive spillover effects that have contributed roughly 30,000 “excess” deaths (above normal levels) nationally over and above those caused by the virus itself.

One of the mechanisms of those excess deaths, it can be plausibly argued, is the loss of jobs, the attendant loss of health insurance, and the consequent decision by hundreds of thousands of people afflicted with other maladies to defer or avoid entirely seeking medical care.

Human societies are highly complex systems. We need to be alert to unintended consequences and spillover effects, and when we identify them, we need to act. Give Herring credit for this: He has identified one potent unintended consequence, the loss of private medical insurance. Unfortunately, his proposed remedy is not to reconsider the actions that put people out of work, but to urge people to avail themselves of more government programs.

That’ll work fine until the U.S. encounters the ultimate unintended consequence: the government runs out of money.