Mo’ Money for Schools Across the Board? 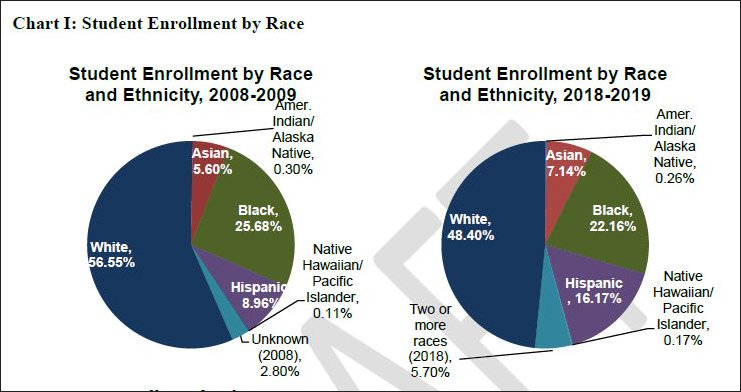 The Virginia Board of Education (VBOE) has published its annual report on Virginia public schools. The report catalogs numerous deficiencies in the state school system, with an emphasis on unequal educational outcomes. And it recommends mo’ money across the board — mo’ money for teacher pay, mo’ money for mo’ teachers and staff, mo’ money for poor schools. You know the drill.

The number of English learners has increased from 87,000 students a decade ago to 107,000 students in 2018-19. As it happens, according to the VBOE’s searchable Standards of Learning database, only 34.7% of English as Second Language (ESL) students passed their reading SOLs last year, compared to 80.9% for other students. The disparity for writing was even more dismal.

The Commonwealth can increase educational spending across the board — more money for everybody and everything — or it can focus added spending on where the investment returns are the greatest. The greatest inequality in Virginia schools is between those who speak English as a native language and those who don’t. If we want to reduce educational disparities, we’ll get the most bang for the buck by focusing resources on teaching immigrant kids how to read and write English. Once these students understand what’s being said in class, progress in other subjects will follow. Just a thought…

This entry was posted in Education (K-12), Immigration. Bookmark the permalink.

7 responses to “Mo’ Money for Schools Across the Board?”