During the first four months of the COVID-19 pandemic, Virginians piled up $184 million or more in unpaid bills with several Virginia utilities, and that was before the worst of the heat arrived in July. 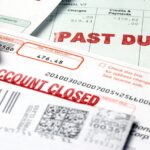 The figure comes from a short letter from the State Corporation Commission to General Assembly leaders dated today, listing the totals in arrears as of June 30.  The SCC issued an order in March, renewed in June, which prohibited the disconnection of regulated utility customers for unpaid bills during the recession. The order was extended after legislators claimed they would be addressing the problem at the August special session.

The SCC’s order suspending disconnections expires on August 31. That legislative session is now just four days away and no suggestions for a solution have surfaced publicly. No bill on the topic is filed. This issue is not mentioned in a story in today’s Richmond Times-Dispatch listing some of the budget actions Governor Ralph Northam will propose next week.

UPDATE:  However, there is this in the Governor’s summary of his proposals:  “The Governor’s package includes a moratorium on utility disconnections for electric, water and natural gas utilities until 60 days after the current state of emergency ends.”  That could easily be spring of 2021, meaning the moratorium will have lasted a year.

The unpaid bill total reported in the SCC letter is not complete. Some companies apparently asked the SCC not to share their numbers.The reported total covers the investor-owned electric utilities (Dominion Energy Virginia, Appalachian Power Company and Kentucky Utilities), four gas distributors and only five of the 13 rural cooperatives. None of the regulated water companies are included in the total amounts due. (See list above.)

Plenty of households will have electric, gas and water bills in arrears.

Nine of the electric cooperatives sought and received SCC permission to seek federal Paycheck Protection Plan loans, which convert into grants if the companies met the conditions. Given the non-profit structure of customer-owned coops, those funds could reduce the impact of unpaid bills.

With the high air-conditioning demand over the past six weeks, the total owed to those listed companies is likely to approach $300 million or more by the end of this month. Then there is the amount owed to the companies not sharing their data. More attention is being paid to suspension of evictions, but in terms of number of households this has to be a more widespread problem.

Legislators said back on June 5 they had this in hand. Who pays? If it is going to be the rest of us — through taxes or increases in our own utility costs — it is time to let us know.