McAuliffe Tries to Change the Subject 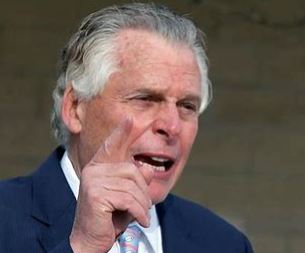 Lemme get this straight, a band of far-right fanatics held a rally in Glen Allen Wednesday night and the governor of Virginia held a press conference the next day to demand that GOP candidate for governor Glenn Youngkin denounce them?

News flash, Gov. Northam: Youngkin wasn’t there. It wasn’t his rally. He had nothing to do with it.

At this point Ralph Northam is nothing more than a lame duck political hack trying to breathe life into Terry McAuliffe’s lackluster campaign. Never mind that during the 2019 Blackface Scandal McAuliffe told Northam to resign.

McAuliffe and Northam are pals again, ever since a smart, issues-oriented businessman got the GOP nomination and is statistically tied with his opponent. Democrats are panicked knowing that they could lose some of Northern Virginia’s soccer moms who care about education and are ticked off about the sharp decline in test scores during the Northam years. They’re also turned off by McAuliffe’s foolish declaration that parents shouldn’t be involved in their kids’ schools.

And I can’t imagine these mothers are thrilled with a parole board — many members appointed by McAuliffe during his last term — waving its “magic wand of freedom” over killers serving life sentences.

Public safety and schools matter. If those are the two main issues, Youngkin wins.

All McAuliffe has is Trump, Trump, Trump. And a campaign aimed at scaring Virginians into voting for him.

Trump lost Virginia by 10 points and McAuliffe invokes his name so often that if we all took a shot every time the former governor said the “T” word there wouldn’t be a healthy liver left in the commonwealth.

Naturally, McAuliffe went into a frothing rage over the rally this week that featured the greasy Steve Bannon and a phone call from Trump himself.

Careful there, McAuliffe. This guilt-by-endorsements business cuts both ways.

Remember when McAuliffe eagerly slurped up the endorsement of the New Virginia Majority? Next thing he knew, the former governor was stuck trying to explain why this extremist, defund-the-police group was pulling for him. 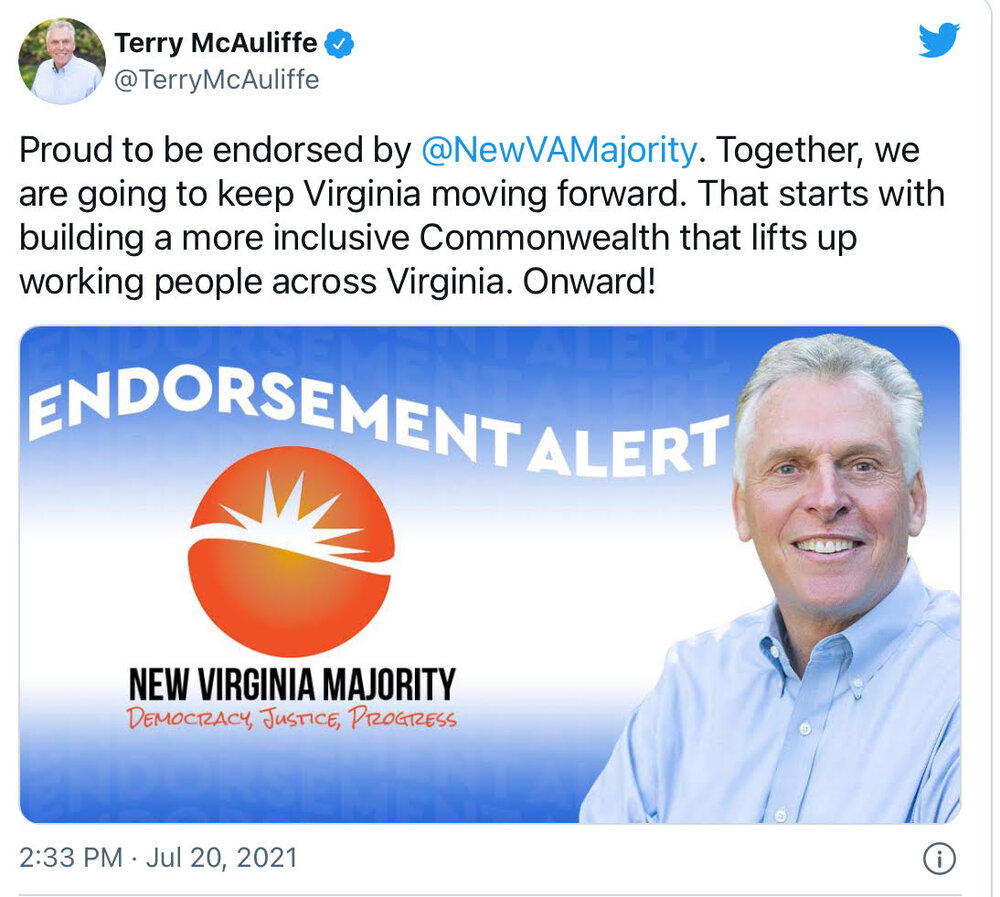 In contrast to McAuliffe’s unimaginative one-note negative campaign, Youngkin has stayed focused on “kitchen table” issues: Virginia’s regressive grocery tax, public safety, jobs and above all else, schools. He’s fond of pointing out that not only have Virginia’s test scores fallen off a cliff since Northam closed schools for about a year, but Virginia lags behind its neighbors in public charter schools.

The reason Virginia has balked at charter schools is simple: Teachers unions, who bankroll Democrats, loathe giving parents any choice in where their kids are educated.

This week school safety has been in the headlines. These horrifying stories have their roots in a bill passed by the Democratic General Assembly that relieved school officials of the responsibility to report some crimes to the police, including sexual battery.

Where does that sort of legislation lead? To this:.

Loudoun County, where a boy allegedly dressed as a girl is accused of entering a girl’s bathroom in May and raping a 9th grader. Worse, that creep – oops, alleged creep – was issued an ankle bracelet by juvenile authorities and was apparently transferred to another school.

In October, 15-year-old Mr. Ankle Bracelet allegedly sexually assaulted another girl in a nearby school.

Looks like Loudoun has adopted the Catholic Church model of dealing with pervert priests: Just shuffle them off to a new parish and hope they change their ways.

I don’t blame McAuliffe for not wanting to defend this lunacy. Unfortunately for him, school safety matters to ALL parents.

The entire commonwealth — shoot, the nation — is talking about the alleged rape in a Virginia school bathroom.

Meanwhile, McAuliffe and Northam are mewling about Trump.

They reek of desperation.

This entry was posted in Elections, Politics and tagged Kerry Dougherty. Bookmark the permalink.