Mass Transit as the Newest Entitlement 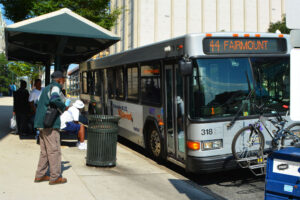 Richmond Mayor Levar Stoney has proposed eliminating all transit fares, and in a sign of how far left the City of Richmond’s political center of gravity has moved, his two main competitors in the mayoral race, Kim Gray and Alexsis Rodgers, support the idea.

The city suspended fares during the COVID-19 epidemic, which has coincided with a 20% ridership decline for the GRTC (Greater Richmond Transit Company). Stoney endorsed making the fare cuts permanent as he unveiled a new “equity office” in the Department of Public Works, which will also oversee initiatives relating to pedestrian safety, bike lane development, and transit planning.

Rodgers, who is running as a progressive, criticized Stoney, in effect asking what took him so long. Gray, the most centrist of the candidates, said she supports the free-transit model but added the caveat that she didn’t want to raise taxes or make cuts to other services to achieve it. “At some point,’she said, “this will require a budgetary reckoning.”

A likely source of funds to replace the fares could be the city’s share of revenue from a newly enacted 0.7% increase in the sales tax and a 7.6-cent increase on wholesale gas in the region. Those funds will be dispensed by the newly created Central Virginia Transportation Authority. After providing for administrative overhead, 15% of the authority’s revenue will be dedicated, by statute, to the GRTC “to provide transit and mobility services’ in the planning district. Another 50% will be returned to localities to “improve local mobility,” which may  include roads, sidewalks, trails, mobility services or transit.

If the City of Richmond uses regional tax revenues to pay for the free-fare initiative, it may not have to use city revenues to make up for the loss of the $7.1 million in fiscal 2020 fare revenue that had been predicted last year. According to the forecast in the GRTC annual report, fare-box revenues would account for about 21% of revenue from all sources, including city, state, and federal subsidies, $33.8 million in all.

Bacon’s bottom line: In effect, Stoney wants to create a new transportation entitlement. Whether the money comes from regional or local tax dollars, his proposal would represent another transfer of wealth from middle-class Virginia taxpayers to the poor. But it won’t be a well-targeted transfer: The entitlement would benefit not only lower-income riders, who comprise roughly half of GRTC ridership, but all GRTC riders regardless of income.

But there’s a larger issue here, and most people fail to see the forest for the trees. Progressives are turning every Virginia institution touched by government into  a vehicle for wealth redistribution. In health care, privately insured patients subsidize Medicaid and Medicare patients. In K-12, wealthy localities subsidize poor localities, and state taxpayers allocate special funds to poor schools. In higher education, universities raise the sticker price on tuition to help pay for discounts and financial aid for lower-income students. This year, the General Assembly is writing wealth redistribution into Virginia’s electricity rate structure. Now, in Central Virginia at least, mass transit likely will become another tool for taking from the middle class and giving to the poor.

Once enacted, most of these changes become invisible and permanent. It’s not as if anyone is keeping track of the most of this wealth redistribution. We can see what the state state budgets for Medicaid. There’s a big fat line item that legislators can decide to increase or decrease. Otherwise, most wealth-transfer schemes cause a brief stir when enacted, then pass out of the legislative domain and are never reviewed.

Middle-class Virginians know life is getting harder, but they don’t know why. And that’s just how the progressives like it.

This entry was posted in Taxes, Transportation and tagged James A. Bacon, mass transit. Bookmark the permalink.