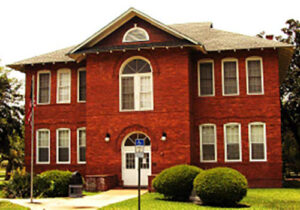 Perhaps my biggest concern for our society is that Marxist critical theory ideologues have taken over the Graduate Schools of Education.

“The new cultural elite is envious and would like to reappropriate much of that wealth for redistribution as it sees fit. Even more alarmingly, the cultural elite has a totalitarian instinct. Convinced of its righteousness, it is bent upon imposing its values and priorities upon the rest of the population.”

Critical theory was a primary creation of Karl Marx.

It rejects capitalism, property rights, individual freedom and democracy without as far as I have been able to find in my research offering an alternative.

Communism, socialism and fascism all attempted to achieve these goals. All three have proven practical and moral failures.

“Socialism” only works with a capitalist economy and the person freedom to innovate and public welfare programs to redistribute some of the profits of capitalism.  That was the successful concession of the post-Mao communist party leaders in China that is being eroded today by the restrictions on personal freedom.  The Chinese economic miracle was capitalist, not communist.

Communism and fascism have resulted in unprecedented human cruelty and suffering and ultimately societal destruction.

Critical theory, of which critical race theory is but an offshoot, demands redistribution without considering what happens the day after redistribution, when, if unfettered, talent and effort will instantly start reinstating unequal distribution of property.

To quote Irving Kristol, one of the most prominent critics of capitalism in the late 20th century:

“Our youthful rebels are anything but inarticulate; and though they utter a great deal of nonsense, the import of what they are saying is clear enough. What they are saying is that they dislike–to put it mildly–the liberal, individualist, capitalist civilization that stands ready to receive them as citizens. They are rejecting this offer of citizenship and are declaring their desire to see some other kind of civilization replace it.” …

“Our young radicals are far less dismayed at America’s failure to become what it ought to be than they are contemptuous of what it thinks it ought to be. For them, as for Oscar Wilde, it is not the average American who is disgusting; it is the ideal American.”

So that is what they are against – capitalism, individual freedom, property rights and democracy. It is yet to be seen what they are for.

They do not hesitate to insist, however, that this bridge to nowhere be taught to our young people.

This entry was posted in Education (K-12), Uncategorized and tagged Who Rules Virginia?. Bookmark the permalink.