Making Solar Power a Win-Win for Everyone 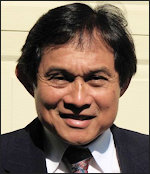 There is a simple and common-sense approach to energy policy in Virginia. Go to the energy source which provides abundant, safe electricity at the least cost — solar.

Our company is called AgriSunPower (ASP). Along with our co-developer Hecate Energy, our thought process begins with a simple premise. Solar power is the cheapest and most reliable potential energy source which exists today. Why not look for ways to collaborate with a multitude of stakeholders to expand Virginia’s solar energy capacity to feed the growing appetite for green energy?

Chicago-based Hecate Energy is no stranger to Virginia’s burgeoning green energy scene. The company’s successful development of solar farms in Clarke County and Virginia’s Eastern Shore, later acquired by Dominion Energy, illustrate our approach to utility-scaled solar power generation. We base our pitch on economics and economic development. We seek projects in locations where local government believes that solar power is a big win for everybody, and we flip our facility to the local utility that has provided electricity to the community for generations.

”Everybody” encompasses a broad-based group of stakeholders: farmers/landowners, farmers/landowners’ neighbors, local governments, green energy advocates, environmentalists, and energy purchasers. It makes little sense for a company like ours, no  matter how noble our intentions, to go to a county where nobody wants is. We partner with localities (and their citizens) that view utility-scale solar development as a way to reinforce a county’s commitment to being “open for business.”

We acknowledge that what is acceptable in one locality may not be viewed the same way elsewhere. As we work with local officials, we are clear-eyed about the obstacles to the collaboration required to successfully develop a utility-scale solar farm. Let me offer some specific examples.

ASP’s activity in Virginia has focused on agricultural land owned by farmers who are often struggling to make ends meet in today’s depressed agricultural economy. A long-term lease on a farmer’s land for a solar farm can help ensure that a family farm will still be there for the next generation. ASP doesn’t seek an individual farmer’s most productive farm land. Land for solar generation needs only be flat enough to make the solar panel technology work efficiently. The landowner can derive the financial benefit from the creation of green energy on part of his land and keep the rest of his farm for traditional farming practices.

ASP is sensitive to a farmers’ neighbors and the greater community. We know that many people find solar panels visually unattractive. Maintaining the integrity of rural Virginia’s viewscape is a critical component of our outreach. Working with the farmers/landowners themselves, we take advantage of a farm’s topography, and then add eye-pleasing visual elements like trees and native plant species that promote bee pollination.

We engage local officials even before making the first outreach to local landowners. Solar farming can be a critical component of local economic development strategy, especially for a locality which seeks to recruit high-tech businesses that require green energy. Solar farms will not guarantee that high-tech jobs will magically materialize, but they do demonstrate that a county is “open for business” for manufacturers demanding green energy.

For ASP, collaborating with county governments means acknowledging their fiscal concerns. We want to be partners – not obstacles. Good schools are vital to a county’s economic development strategy. We structure deals to ensure that our solar farms boost the tax base and generate positive tax flow from the first year.

To accomplish all these goals, we engage citizens before the first shovel of dirt is thrown to identify areas of concern arising from utility-scale solar generation and finding ways to alleviate them. By working collaboratively with all stakeholders, we can demonstrate that fostering more affordable green energy is both good policy and good politics.

Making large utilities the bad guy for political purposes is not helpful. Legislation enacted by the General Assembly three years ago practically requires large electricity providers to partner with companies like ASP/Hecate. We also acknowledge the role political leaders can play, such as Governor Ralph Northam’s directive to make Virginia’s electric grid carbon-free by 2050 and the Southwest Virginia leaders who back building more green energy as a way to entice high-tech employers to their region. Boosting renewable electric generation as part of a rural economic development strategy requires the participation of all parties. Utilities, developers, local governments, landowners, neighbors, ratepayers and business consumers of green energy can all benefit.

Felix Garcia is founder and CEO of AgriSunPower LLC.

This entry was posted in Energy and tagged Guest contributors, Solar energy. Bookmark the permalink.

15 responses to “Making Solar Power a Win-Win for Everyone”