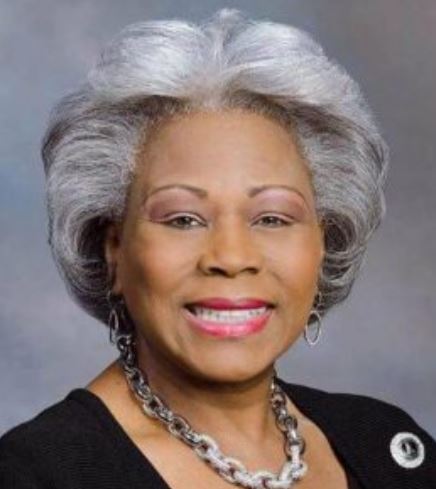 This may come as a shock, but I don’t like what’s happening to State Sen. Louise Lucas, D-Portsmouth.

No, this isn’t a coded message to signal that I’m being held somewhere against my will. I honestly believe that attempts to get the courts to remove her from office are misguided.

With the proper number of signatures, citizens in Virginia may ask a circuit court judge to decide if a public official should get the boot.

The threshold number of signatures is relatively small, too. Just 10% of the number of voters in the last election, which in this case comes to 4,651. The Virginian-Pilot reports that the petitioners claim to have thousands more names than needed.

Look, the attempt by conservative citizens disgusted by Lucas’ behavior over the destruction of the Portsmouth Confederate Monument in June 2020 is well intentioned. But, the thought of a Chesapeake Circuit Court judge overturning the will of more than 40,000 voters is frankly chilling.

Especially in a case where the elected official has not been convicted of a crime. (Felony charges against Lucas were dropped last year.)

As best anyone can remember, the last time this statue was used was in 2016 when Norfolk City Treasurer Anthony Burfoot was headed for his day in recall court. A felony conviction and prison sentence beat the judge to it.

This recall exercise is simply a grand gesture, likely to go nowhere. I hesitate to point this out, but the 77-year-old Lucas, who’s been in the General Assembly for 29 years and been on the wrong side of nearly every issue, ran unopposed in at least the last three elections. Shoot, she hasn’t had a serious opponent since 1991, when she edged out Republican Frank M. Ruff by 1,366 votes.

The people have spoken. That should matter.

Oh, and there’s another reason that Lucas’ removal by a judge is unlikely: She helps PICK the judges.

Does anyone really believe they’re going to turn around and sack her?

It’s safe to assume that the Chesapeake judges will recuse themselves from the Lucas case and an out-of-town judge will hear the matter.

According to The Virginian-Pilot, this rarely used law offers several reasons an elected official can be removed:

State law outlines numerous reasons why an elected official can be recalled from the job, including for certain criminal convictions. Other reasons include “neglect of duty, misuse of office, or incompetence in the performance of duties,” according to the law.

These petitioners are charging Lucas with “misuse of office,” a vague accusation.

Hard to imagine a judge agreeing with them and tossing the president pro tempore of the Senate out on her ear.

Tidewater — and all of Virginia — is likely stuck with Louise Lucas for as long as she wants to remain in Richmond.

Quixotic attempts by her political opponents to remove her via the courts are unlikely to succeed. Beyond that, asking one person to overturn the will of the voters seems profoundly undemocratic.

This entry was posted in Courts and law, Politics and tagged Kerry Dougherty. Bookmark the permalink.