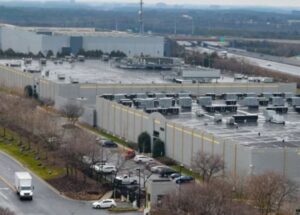 Data centers may not support a lot of jobs, but they sure do pump up the tax base. In Loudoun County, home to the world’s largest cluster of server farms, the facilities were expected to support $11.2 billion in taxable assets. When the actual number came in $1.1 billion shy of forecasts this year, a mere $10.1 billion, the county generated $60 million less in tax revenue than expected, reports Loudoun Now.

Other Virginia localities that have been banking on data centers to bolster their tax base may encounter the same issue. They should consider themselves forewarned.

Forecasting revenue from data centers is a tricky business. Counties may know the size and value of the buildings that hold the computers, but it’s harder projecting out how fast owners will fill them up with servers. Once the buildings are full, forecasters then have to project computers will be replaced with newer, faster, more energy-efficient models. The servers are depreciated rapidly for tax purposes; they are assessed at only 50% of the purchase price after a year and 10% in six years.

This year, county officials are wondering if the COVID epidemic affected the pace of investments. If data-center operators slow the pace of reinvestment, assessed value can decline rapidly.

Buddy Rizer, Loudoun’s economic development director, also noted that cloud computing giants like Microsoft, Amazon and Google build facilities to allow them to respond to surges in demand. They carry the cost of holding those facilities even if they don’t need to fill them immediately with server racks, he told Loudoun Now.

“I think it’s really too early to tell until we see at least next year’s tax levy, and maybe the tax year 2023 levy, to be able to sort out what was COVID noise versus what was changes in the industry,” said assistant finance director Caleb Weitz. “What I think I can confidently say is, it’s definitely a mixture of both.”

Server farms are so lucrative for Loudoun that the revenue they generate covers the entire county operating budget with money left over for schools. In the past, county supervisors dedicated some of the data-center revenues to one-time expenditures. As one of the most affluent localities in the country, Loudoun has a AAA bond rating and healthy real estate tax base to fall back on. The shortfall this year  represents less than 3% of the county’s total General Fund revenues.

This entry was posted in Economic development, Taxes and tagged James A. Bacon. Bookmark the permalink.