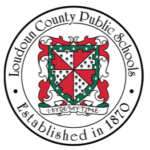 Ignoring CRT’s Marxist origins, CRT put into practice as a system of pedagogy in American schools has no track record. Seattle Public Schools is aswirl with it, but did not get started before COVID struck so has no results. CRT is so thoroughly pessimistic that no child would be happy in such a school.

There is an alternative available that terrifies the Critical Race Theory/Critical Pedagogy crowd. The pedagogy of New York City-based K-12 Success Academies has proven to not only educate poor minority students, but to enable them to exceed the results on standardized tests of every school district in the state of New York.

Success Academies student bodies are currently 94% minority. The students love going to school. As do the teachers. Parents fight to get their children into Success Academies and unite to fight to support them against political opposition. See a video that shows that spirit.

If Loudoun County Public Schools were serious about educating minority children, it would offer to all of its students the pedagogy of Success Academies.

Success Academies engage their elementary school students with what they term joyful rigor.

“At Success Academy, we want our scholars to fall in love with learning — and joyful rigor is our formula for achieving off-the-charts engagement. We capture our scholars’ imaginations by introducing them to fascinating subject matter and pressing them to do the intellectual heavy lifting, constantly asking them “why?” “how can you prove that?” and “what is the evidence?”

“We want our scholars to recognize and embrace the power of their own ideas, so teachers limit direct instruction and focus on encouraging independent thinking and problem solving in their classrooms. Our scholars spend most of their day exploring, analyzing, discussing, and executing their way through powerful texts, complex math problems, intriguing science experiments, winning chess strategies, and inspiring works of art.”

Critical pedagogues and critical race theorists reject Success Academies’ approach, not only deeming the methodology as somehow unjust and racist, but also closing their eyes and characterizing the phenomenal results achieved by Success Academies students on standardized tests as unattainable by minority children.

The post-Modern pessimism embedded in critical pedagogy and critical race theory are so thoroughly debunked by the performance of minority children in Success Academies that Marxist critical theory will be driven from the field of educational discourse everywhere both are offered.

In denying Loudoun students into the Success Academies methodology, the School Board fails both minority children and their parents for whom it presents itself as champion.

Success Academy’s Robertson Center is its center of teacher education.

“Something happens in a room full of educators. Ideas get bigger, barriers shrink, defy-the-odds notions feel downright within reach. We believe in these rooms—in the power of bringing together our country’s fiercest believers in the capacity of kids to help them set it free. All programs offered free of charge.”3

Explore some of the ideas at Robertson Center.

“open access to the broad architecture and singular components of the Success Academy model. We are sharing best practices, resources, and training with educators across the nation to help many more children gain access to great schools.”4

As we have seen, the infrastructure of such cooperation is already in place in New York.

The Loudoun County School Board would win over students, teachers and parents with the first description of the proven success of the new and proven direction.

If the Board opposes such a transition, they will expose themselves as more wed to doctrine than to the well being of children.