Look in the Mirror, Fairfax School Board 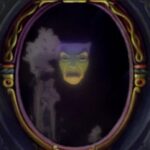 After months of condemning Asian students for dominating the merit-based testing process for admission into the Thomas Jefferson (TJ) High School for Science and Technology, the Fairfax County School Board has issued a statement condemning anti-Asian racism… which it blames on others. Stated the resolution:

The Fairfax County School Board condemns violence and discrimination targeting the Asian and Asian-American community; and rejects any language that associates the ongoing public health crisis with a particular national or ethnic group, recognizing that discriminatory language is counterproductive to defeating a virus that observes no national or ethnic boundaries.

But some parents of TJ students aren’t buying the proposition that COVID-19 has anything to do with the supposed surge in anti-Asian incidents. Helen Miller sent this message, widely copied, to the Fairfax school board, Secretary of Education Atif Qarni, and governor Ralph Northam.

Really, I find this the height of hypocrisy. Secretary Qarni, many members of this School Board, Dr. Brabrand and others in FCPS Administration have done nothing all year but demonize Asian Americans for valuing education and for spending money on educational enrichment and test preparation — Sec. Qarni likening test prep to taking performance enhancing drugs as opposed to training for a sport.

Asian Americans have repeatedly been called by this group and your supporters “ravenous,” “resource hoarders,” “white adjacent,” and the “culture” at TJ repeatedly referred to as “toxic.” With the laudable goal to expand representation of underrepresented groups at TJ, instead of seeking to correct years of failure and neglect by the school system in K-8 education, you have instead purposefully targeted Asian Americans for discrimination.

If you want to see racism against Asian Americans, look in the mirror. It’s far too late to seek atonement for your political and moral misjudgment by jumping on the “Stop Asian Hate” bandwagon.

The Fairfax board parroted the newly developed narrative pushed by the mainstream media — The Washington Post, NPR, Huffington Post, cable news, the usual suspects — that Asian-Americans have been subjected to a surge in violence and hate crimes since the onset of COVID-19. By linking the violence to former President Trump’s use of the terms “Kung Flu” and “Chinese Virus” back in June 2020, the media implies that the attacks are the result of white, right-wing racism.

Here’s the evidence the school board cited:

Since the onset of the COVID-19 pandemic, racial shunning, harassment, discrimination, violence, threats of violence, and acts of discrimination targeting Asian and Asian-American community, particularly impacting women, children, seniors and Asian owned businesses have increased throughout the country by 150% over the past year, resulting in the tragic loss of life in Atlanta this week

These claims are astonishingly lacking in empirical backing. I’m not saying at this point that they’re false — conceivably, they may turn out to be true — but they are not yet grounded in anything more than anecdote. Until we get the comprehensive crime reports for 2020, we simply don’t know. My suspicion, like Miller’s, is that left-wing rhetoric is far more likely to account for whatever increase in anti-Asian activity has occurred. But I have enough sense to wait to see the data before making blanket accusations. Here are some questions we should be asking.

How much did crime against Asian-Americans increase in 2020?

How much did that increase compare to the increase in crimes against Whites, Blacks, and Hispanics?

How many crimes were classified as “hate” crimes, as opposed to crimes from random violence and mayhem?

Who were the perpetrators of those crimes generally, and hate crimes specifically? Were they White? Were they Black? Hispanic? Other Asians?

How geographically concentrated were those crimes? Did the alleged surge in violence occur randomly across the country, or did the numbers spike in cities where violent protests occurred during 2020? Are Asian-Americans safer in Red states or Blue states?

How many attacks can be tied directly to the summer-of-rage protests following the death of George Floyd? If assailants were White, how many were left-wing protesters?

Until we know the answers to these questions, the media fixation on anti-Asian crimes is no more than narrative-driven noise. In the meantime, there is far more anti-Asian rhetoric emanating from the political Left than from the political Right. As letter-writer Miller charges, the Fairfax school board has much to atone for.

This entry was posted in Crime , corrections and law enforcement, Race and race relations and tagged COVID-19, James A. Bacon. Bookmark the permalink.