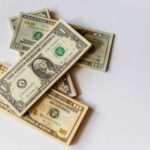 The Federalist, one of my daily must-read news sources, had a great piece yesterday. It supported my point of view, naturally.

And it’s timely as Michael Osterholm, one of Biden’s advisors, predicted Sunday that lockdowns will return with a vengeance once the U.K. variant of Covid-19 becomes dominant in the United States.

In “Covid Lockdowns Were An Overreaction to Protect The Rich ,” Dr. Jay Bhattacharya, professor of medicine at Stanford University and one of America’s outspoken opponents of many measures taken during the pandemic,  joined Megyn Kelly in a podcast to discuss the results of shutdowns around the U.S. They affirmed what has been glaringly obvious to anyone paying attention: Lockdowns protected the rich while putting the poor in harm’s way.

I noticed this early on in the pandemic when friends of mine on Facebook were hash-tagging the hell out of slogans like #JustStayHome.

Easy for them, when they weren’t missing a paycheck and had work-from-home jobs.

If you dug a little deeper you’d see that these entitled consumers had turned into Amazon addicts, forcing the working classes to fetch the most mundane items for them – dish detergent and Advil – so they didn’t have to venture out into the virus-infested world.

They strongly supported the closing of restaurants to indoor dining. Oddly enough, they were fine with food service workers preparing meals for them and delivering these delicacies via Doordash or tossing them into their open car windows.

On the rare occasions the #JustStayHome crowd ventured out – gloved and masked – they seemed happy enough to find fresh seafood, vegetables, meat and milk in the stores without worrying about the fishermen, farmers, farm workers and truckers who made that possible.

Surely they didn’t want THEM to stay home.

There’s a reason African Americans and Hispanics were hit hardest by Covid-19 in some areas: Beyond living in less-affluent, more crowded areas, they also made up a sizable percentage of folks who did the bidding of the stay-at-home gang.

Perhaps the worst victims of the shutdowns were children. As early as last spring it was clear kids were not being seriously affected by the virus and by summer even the American Academy of Pediatrics urged schools to reopen.

And they did. Private and parochial schools, that is.

“The lockdowns have been an enormous and ineffective overreaction, not actually protecting the population from COVID. While at the same time, the collateral damage is absolutely devastating,”  Bhattacharya said…

One aspect of this “collateral damage,” Megyn Kelly said, is the fact that teachers unions are preventing students from returning to in-person learning. … “Their standard of safety knows no bounds. The truth is no amount of safety measures is going to get these teachers back in the classroom. …

“The private schools go back, and the kids who were in the public school system, which doesn’t have as much money behind them, they don’t get to go,” Kelly said. “It’s unfair. … The schools have to reopen. It’s safe, it’s been proven safe. The Chicago teachers who refuse to obey the district order to get back in the classrooms should be fired. Same for those in Montclair, New Jersey, and any other district that puts the well-being of students last.”

Fairfax County teachers have been making noise about not returning to class until all children are vaccinated, which is insane, since the vaccine is not approved for those under 16.

Teachers should have two weeks to get back to their classrooms after receiving their second vaccine or be sacked. Enough with their nonsense.

Good news, however, in Virginia Beach today. Elementary kids have their first day back in class in two months.

Let’s hope the schools stay open this time, so the little ones at least have a chance to catch up with their private school contemporaries.

The column is republished with permission from Kerry: Unemployed & Unedited.