Live by the Sword 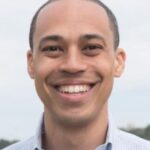 This is a follow up to Jim Bacon’s story about Levar Stoney, his contributor and city statue removal contractor, credible accusations of corruption and Attorney General Herring.

“In what may become a heated Democratic primary contest for Virginia attorney general, state Del. Jerrauld C. “Jay” Jones Friday attacked Attorney General Mark R. Herring (D) Friday for authorizing an investigation into allegations of impropriety surrounding Richmond’s mayor — a standard move in an ongoing court case that Jones called a Trump-like abuse of power. “Using the office of the Attorney General to investigate your political opponents is the same tactic employed by Donald Trump,” Jones (D-Norfolk) said in a statement, referring to the fact that Richmond Mayor Levar A. Stoney has endorsed him, and not Herring, for the Democratic nomination for attorney general this year.”

Welcome to the quicksand of the left, General Herring.

You are now officially accused of abuse of public office for “authorizing an investigation” into allegations of corruption on Stoney’s part. Not indicting, investigating. As is your job.

Del. Jones saw an opening, and he jumped through it instantly. He is an attorney and knows that it is the job of the AG to investigate credible charges of corruption in public officials, but the subtext is race.

Of course.  Jones, Stoney and the contractor are black. Herring is white. That will be the story of the Democratic AG contest going forward.

Herring has $5 million in his campaign chest but has lived by the sword of race — see the Loudoun County Schools “finding” — and is now at risk of dying by it.  Look for donations to pour in to Jones’ campaign.

This entry was posted in Culture wars, Elections, Race and tagged James Sherlock. Bookmark the permalink.