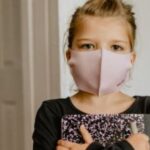 This, friends, is an actual headline in an actual daily newspaper. It ran yesterday over a “news story” about Tuesday’s Virginia Beach School Board meeting:

After hours of vitriol and misinformation, Virginia Beach School Board votes to make masks mandatory for students, staff

That’s liberal newspeak for any statement or point of view that diverges from the party line being spouted by Anthony Fauci and the CDC.

They’re infallible, apparently. No disagreement with them will be brooked by corporate media. To challenge the government is to spread misinformation.

More proof — if any were needed — that objectivity in the mainstream media is dead. Increasingly, they censor and mock opinions that are not government-approved. Is it any wonder that newspapers are circling the drain while alternative news sources are flourishing?

Look, there were approximately 70 speakers at Tuesday’s meeting. The majority opposed a mask mandate for schools.

The mood was heated and some parents were emotional and rude. In a way, it’s understandable. These frustrated parents knew that no matter what was said, the vote would be 7 for mandatory masks, 4 against.

This public hearing, like most held by this school board and others, was pure theater. While the board is required to hold hearings, there is no requirement that members actually listen to the public.

The rudest audience members were the ones who were featured in the story, of course. I saw no mention of several physicians who argued that cloth masks are not useful in preventing spread of the virus and that slapping masks on little faces for seven hours a day could be detrimental to the health and development of children.

That’s “misinformation.” It must not be reported.

When the speakers were finished, close to 1 a.m., a vote was taken. And the results were exactly what everyone knew they would be: 7 for mandatory masks, 4 against.

As an aside, it ought to be illegal for elected bodies to vote on issues after midnight. The people’s business should be conducted when the people are awake.

It’s worth noting that the majority on this board also worked tirelessly to keep schools closed last year. They ignored pleas of some of these same distraught parents to get teachers back to the classrooms.

The board’s reasoning at the time: Teachers were in danger from children who might give them the virus.

So Beach teachers were first in line for vaccines last winter. They elbowed cancer patients and seniors out of the way to get their shots. Yet the teachers unions — er, associations — who control the school board now want children in masks even though teachers are vaccinated and vaccines have been shown to prevent serious illness.

School boards in Chesapeake, York County, Spotsylvania, Frederick and Hanover County have boldly voted to make masks optional in their school districts. The governor issued a veiled threat last week warning that they should consult their lawyers before allowing parents to decide what’s best for their own kids.

That wasn’t good enough for the local paper. In an editorial, the newspaper begged the governor to mandate masks in every public school in Virginia.

“I’m sorry, I mean I know people must like to have their individual freedom and not be told to do something, but I think we’re in such a serious situation now that, under certain circumstances, mandates should be done,” he said.

To paraphrase columnist Glenn Greenwald, there has always been a nasty authoritarian streak in liberals.

The pandemic just gave them a license to act on it.

This entry was posted in Education (K-12), Media and tagged COVID-19, Kerry Dougherty. Bookmark the permalink.