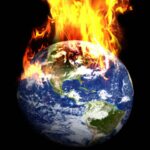 The Virginia Clean Economy Act (VCEA) establishes a mandatory renewable portfolio standard (RPS) program that requires Dominion Energy to deliver electricity from 100% renewable sources by 2045. Let this sink in. Legislation passed and signed into law in 2020 imposes a mandated outcome for 25 years hence even though the legislators who voted for VCEA had no idea how it was to be achieved. They either believed that the private sector would invent the technology, independent of cost, or that the threat of extinction from climate change was so serious that a way would be found to head it off. More than likely, they didn’t give the “how” question or the question of cost much thought. Theirs was a crusade. 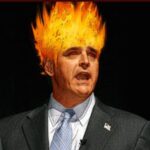 It is probably true that if cost and cost-effectiveness are ignored Dominion Energy can find a way to satisfy the legislative mandate. Its plan to build the nation’s largest wind farm shows that it knows how to think big and will get its customers to pay the price in terms of higher rates to buy the needed technology. If Dominion can find a way to avoid shuttering it nuclear and natural gas power generation it will at least have a fall back strategy. Pleasing legislators obviously has a higher priority than cost-effect and reliable electric power.

Before it is too late, legislators and Dominion customers might benefit from a dose of reality. Germany which has been a leader in the move from fossil energy to wind and solar may well be the canary in the mine.
A German government audit of its renewable energy program — Energiewende — is clear and blunt.  According to the draft report — Germany’s energy transition has proved too costly and has significantly underestimated the risks to reliable supply. The report makes clear that taxes and fees need to be reformed because the high cost of energy– more than 40% higher than the European Union average — “there is a risk of losing Germany’s competitiveness…”  This mandated transition is putting at risk Germany’s energy supply and the required investment has been estimated to reach $99.77 billion by 2030.

Germany’s fate could be Virginia’s unless the General Assembly rethinks the forced abandonment of fossil energy in pursuit of a progressive utopia. Critics will say, wait a minute, this is part of a strategy to save the planet from the existential threat of climate change. Were that true, we would, to borrow from John F. Kennedy, who said, ”pay any price, bear any burden, meet any hardship, support any friend, oppose any foe to assure the survival and success of liberty.” While climate change is important and deserves to be addressed seriously, it is hardly an existential threat.

Members of the General Assembly should be compelled, if only we knew how, to read a new book “Unsettled: What Climate Science Tells Us, What it Doesn’t, and Why it Matters,” by Dr. Steven Koonin. Koonin is a nationally recognized and respected scientist. He has been the Provost at CalTech, chief scientist of the Department of Energy during the Obama Administration and also chief scientist of BP. His book is not an attack on climate science but an exposition of how climate science has been abused by the media, politicians, and climate activists.

Koonin makes the point that the IPCC, the supposed gold standard for climate science, relies on more than 40 computer simulations of current temperature whose estimates vary by 3 degrees C, which is 3 times the change over the past 100 years. If the science was “settled,” shouldn’t the estimates converge?

There is a telling point to ponder how much temperature will increase by a doubling of CO2 from the pre-industrial level. While doubling has become a source of fear, in reality doubling means going from 0.028% of the atmosphere’s composition to 0.056%. Is it credible that such a small change will lead to the projected catastrophic effects? Those effects come not from the most likely scenario of the future but from the IPCC’s worse case. Koonin points out that while the public has been led to believe that CO2 is a gas that can be easily regulated, about 40% of what was emitted 100 years ago remains in the atmosphere. As a result, the effect of actions taken now, like replacing fossil energy generated electricity with over 200 offshore windmills, will occur slowly.

Professor Peter Grossman who has written several books on energy recently had an article in The Hill — What Will We Get From a Multi-trillion Dollar Energy Policy? —He cites an article that reviewed 79 projections of climate catastrophes. Forty-eight have passed their predicted date of doom and all have been wrong.  Such a poor track record justifies skepticism about the basis for the VCEA.

Citizens of Virginia and Dominion Energy customers have every right to ask state legislators why they passed legislation based on predictions of doom when all past predictions have been wrong. Why is Dominion planning to spend more than $7 billion on its planned wind farm when there are more cost-effective ways to address carbon emissions and the outcomes from climate change are more in line with much lower and more likely temperature increases?

Those who voted for the Virginia Clean Economy Act should be asked to explain how higher electricity prices are going to impact those at the bottom of the economic ladder and Dominion should be asked to explain how they are going to maintain high reliability standards. The economist Thomas Sowell has said that we don’t solve problems, we make trade-offs. The alternative uses of $7+ billion are trade-offs that are worthy of consideration and debate.

This entry was posted in Environment and tagged Bill O'Keefe, Climate change. Bookmark the permalink.