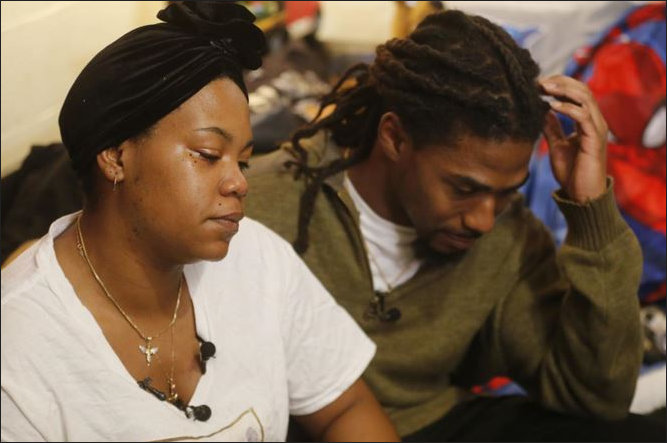 Shaniqua Allen and Sharmar Hill Sr. grieve the loss of their 3-year-old son Sharmar Hill Jr. One of the toddler’s suspected killers was out on bond. Photo credit: Richmond Times-Dispatch.

Newly empowered Democrats are pushing a wave of criminal justice reforms through the General Assembly with the goal of reducing the disproportionate number of African-Americans in incarceration. Some tweaks to the system are no doubt justified — every system can be improved upon. And, as Dick Hall-Sizemore reported yesterday, after a frenzy of activity early in the session, legislators appear to be slowing down to study some of the proposals more carefully.

The driving motivation behind these reforms is that the criminal justice system is fundamentally racist. Bringing about racial justice is a laudatory impulse. But justice for whom? A disproportionate number of violent crime victims also are African-Americans. Relax the rules too much, and we could well see a spike in the number of killings like that of 3-year-old Sharmar Hill, Jr.

Sharmar was playing last week outside his home in Hillside Court, one of Richmond’s infamous housing projects. He was shot and killed in a flurry of shooting. The alleged killer, Antonio L. Harris, had been arrested in November and charged with a carjacking. Two weeks after his arrest, he was granted bond and placed on home electronic monitoring. Friday, he was allegedly involved in another carjacking involving a Lyft driver. Previously, the 21-year-old had pleaded guilty to possession of heroin, possession of a sawed-off shotgun, and underage possession of a firearm.

Harris and a companion allegedly robbed a Lyft driver at gunpoint and stole her car Friday night. The details of the shooting are unclear, but gunshots were heard a little after 4:00 p.m., and a white car was seen speeding away. Responding to the gunshots, police found the wounded boy and took him to the hospital, where he died. 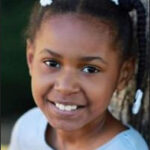 Those aren’t just bad dudes in the ‘hood knocking one another off. Almost half are women, and all too many are children. At right is a picture of 9-year-old Markiya Dickson, who was shot and killed in May 2019  while attending a barbecue cookout with her family at Carter Jones park. Gunfire had broken out nearby at a basketball court. Markiya was an innocent bystander.

Newspapers and TV stations cover vigils for some of these victims, especially the children, but they are soon forgotten. All too often, their killers are seen as the victims — of society. It’s good to give people second chances. It’s fine to take into account their own traumatic childhoods. It’s worthwhile fine to help felons re-integrate into society. But let’s not forget our primary obligation — to protect law-abiding citizens, especially the innocents.

This entry was posted in Crime , corrections and law enforcement, General Assembly and tagged James A. Bacon. Bookmark the permalink.