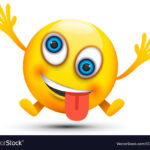 Or as my wife often says, “Jiminy Hootie!”

On Tuesday, I sent out some early observations of our Candidate and Issue Surveys of the Republican and Democratic fields for the top three statewide offices in Virginia’s government.

In those top line observations, I saw that the race for the Democratic nomination for Attorney General could be an upset in the making in that rising star Delegate Jay Jones was performing well against incumbent Mark Herring. Recent polling showed that the name ID of Jay Jones is very low but Herring was only in the low 40s on the ballot question.

That was a red flag since Jones had a name ID in the low single digits. 50% undecided for a two term incumbent Attorney General? Not good, Maverick…this is not good.

Our survey — yes, not a poll — shows Jones performing very well. Hence, the Upset Alert. Naturally, I immediately got some texts saying “No way. Not going to happen.” etc.

Yesterday, Governor Ralph Northam came out and endorsed Jay Jones even though just two years ago Jones called on Northam to resign.

Click this link for an excellent article in today’s Richmond Times Dispatch that goes deeper into it.

I always get a good chuckle when some Republicans declare that the GOP should stick together like Democrats always seem to do. I then wonder what planet those people are on, but that is tempered when one recalls that they watch entirely different news channels.

Emanuel thinks Democrats need to honor the Ronald Reagan’s 11th Commandment – thou shall not speaking ill of a fellow Republican.

It’s safe to say that the Republicans repealed the 11th Commandment several years ago.

Four of the six declared and legally filed candidates – Delegate Kirk Cox, Sergio de la Pena, Peter Doran, and Glenn Youngkin – joined the Forum for both hours. It was a substantive event in which candidates were able to spend time on issues.

They stuck to the rules and, as a result, we were able to get solid answers out of all of them.

Reflecting back on the event, the candidates were very respectful of each other, the time allotted per question, and the audience.

I’m always asked about these things “Who won?”

That depends entirely on the goal of each campaign. Honestly, I was more focused on making sure they stuck to the two minutes allowed for each answer and monitoring for nefarious actors on the Zoom/Facebook feeds. There are always a couple folks who just can’t control themselves and they were quickly removed.

Pete Snyder and Amanda Chase did not participate. Perhaps their goals were to be seen outside of the fray or perhaps they were avoiding a potentially negative outcome. Regardless, they chose not to participate and those conversations were with Gade.

Newcomers to the race, Sergio de la Pena and Peter Doran, did well in introducing their biographies and campaigns to the statewide audience of several hundred in attendance.

Total views on Facebook are now in the thousands.

Delegate Kirk Cox and Glenn Youngkin both showed their strengths and performed well. At one point, Youngkin acknowledged Cox’s policy strengths especially on K-12 and Higher Ed issues; however, it came in the form of suggesting Cox serve in his administration as Secretary of Education. That drew a smile from the former Speaker of the House and more than a few comments in the running dialogue on Facebook.

Cox knows his stuff and presented it well standing the entire time, like the former teacher he is, in front of the American and Virginia flags which were in his background. Delegate Cox is what I call “a grinder.” He consistently just grinds away at politics. To have been a teacher and state delegate for over 30 years, one would expect him to lack the fire in the belly at this stage of his career. Clearly, Cox has more gas in the tank and continues to grind away. He even became a grandfather this week.

Glenn Youngkin is very new to the political arena having spent his entire career in business, but one would never know it by his performance last night. He was prepared, energetic, and spoke well to the questions asked. Youngkin, like Cox, was disciplined in that he stayed on message often repeating the phrase that Virginia is “in the ditch” and that as a “conservative outsider “he would get us out of it.

Given Youngkin’s announcement that his new PAC – also this week – would be dedicating millions to electing Republicans, expect him to be around for awhile impacting Virginia, and by extension, national politics.

Folks, this guy is playing from the back tees and he ain’t laying up.

I don’t expect either Doran or de la Pena to win the Republican nomination, but they could still be factors if and when the Republican Party of Virginia ever finally decides to hold their convention.

64 days from the originally agreed to date of May 8th and this Circus still doesn’t know where it’s going to pitch its tent.

On Wednesday, an eight member delegation from RPV had a site visit with Liberty University during which, according to sources very familiar with the conversation, it was made clear that the Lynchburg institution will not be able to accommodate thousands of cars on their campus during exams.

No, there was never an agreement between RPV and Liberty to hold a convention there.

Yes, Liberty has Final Exams scheduled from May 6-11 which would make the previously called convention of May 8th not possible. And the next weekend is out because of…graduation.

Last night in the post Forum conversation on Zoom, RPV Chairman Rich Anderson told us that he would be issuing a call to their State Central Committee to meet next weekend to finalize, hopefully, their plans to convene Republicans in order to nominate their candidates.

It will be mid March, at best, when Virginia Republicans finally get around to telling their local committees what the plan is for their nominations. That means April and May will likely be months of mad scrambles to get delegates signed up.

Anderson did say that Ranked Choice Voting would be the method of counting votes but he was unsure if that method had to be in the final rules of the convention if it is in the official call of the convention.

FYI – Ranked Choice Voting, while a more efficient method of counting votes versus a multiple ballot convention, is for EACH DELEGATION.

Every locality is assigned a delegate number by RPV according to their Republican weighting. It is not done by locality population.

For instance, consider the two cities of Poquoson and Staunton. They both have 36 delegates allotted for the 2021 Convention.

Here’s the kicker – Poquoson has HALF the population of Staunton.

So, why the same delegate allotment?

Seriously. That’s how they do it.

They expect people to attend one meeting for hours being poked and prodded for purity then drive several more hours to spend several more hours sitting in a parking lot to then be validated by yet another group of people they’ve never met to then be handed a ballot which when it is all added up might count for HALF of someone else’s ballot who drove possibly HALF the distance to the convention.

It’s becoming increasingly difficult for Virginia Republicans to make the case that they don’t actively try to suppress the vote when they are actively suppressing their own.

But hey – it’s stopped raining finally, March Madness is going to happen, MLB Spring Training is in full swing, and I’ll be grill side tonight welcoming home from deployment the Marine son-in-law who has requested Peruvian Chicken (yes, with green sauce) with naan and biryani rice.

Chris Saxman is executive director of Virginia FREE. This commentary is republished with permission from The Intersection, his Substack account.