Jim Bacon today posted an important essay. If you have not yet read it do so. This essay builds upon it. 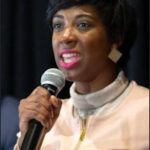 Del. Lacshrecse Aird, D-Petersburg, has offered a joint resolution, apparently destined for passage, that would:

“Expand(s) the charge of the Virginia Department of Health’s Office of Health Equity to address racism as a public health crisis to ensure that statewide policy efforts are analyzed through an intersectional race equity lens and offer funding recommendations.”

The phrase “intersectional race equity lens” needs to be unpacked, for Del. Aird’s benefit as well as that of the rest of the General Assembly. The bill itself offers no definitions, so I will use the definitions from a primary source, Racial Equity Tools.

From that source, “intersectional racial equity” in healthcare or anything else contains the following elements:

From but one of those “lenses”, a feminist journal:

Understanding, much less rationalizing such an exceedingly abstract, exhaustive and inherently conflicting (who gets vaccinated first?) catalog of interests into coherent healthcare policy and funding decisions would occupy a huge staff in a futile attempt to solve a giant, ultimately unsolvable Rubik’s Cube.

I am sure that Aird’s resolution makes her feel good, but that is not the same as actually making a difference.

The Robert Wood Johnson Foundation’s County Health Rankings 2020 survey ranked Petersburg as 133rd and last among all Virginia jurisdictions for both Health Outcomes and Health Factors.

That is a record that shows disregard for the health of the people of Petersburg by their community and elected leaders, the local Health District, the Department of Health, the General Assembly and the healthcare industry.  The citizens themselves also bear responsibility but they need help.

The 2020 Republican-sponsored HEZ legislation contained provisions that would have put Petersburg first in line for assistance, including self-help, in making important improvements in public health there by increasing access to primary care.

It was modeled after a highly successful Maryland program that had not only improved public health in some of that state’s poorest regions, but also saved that state a fortune in Medicaid payouts by reducing hospital admissions. This year that program is being expanded statewide in Maryland.

I personally wrote to Del. Aird’s office explaining its importance to Petersburg and asking her assistance. The bill passed with only one no vote in the House Health, Welfare and Institutions (HWI) Committee. Ms. Aird voted yes.

It was tabled by a unanimous vote of the Democrats on that subcommittee. No votes included Torian and subcommittee chairman Mark Sickles, who had voted yes in HWI the night before.

Aird has been there long enough to know how the system works. Did she lobby Sickles and Torian for her constituents? There was no budget reason to reject the money-saving bill.

I hope Democrats in the General Assembly, having rejected a bill that would have really helped apparently because it was Republican-sponsored and the hospital lobby opposed it, don’t take the state down a road that leads nowhere because the resolution has “racism” in the title and Aird wants a headline.

Footnote for all of us: *LGBTQIA+

This entry was posted in General Assembly, Health Care. Bookmark the permalink.