Lab Schools: An Experiment Worth Making 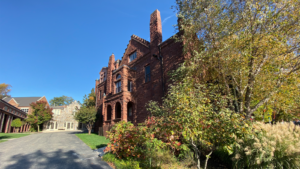 Governments fund the activities upon which they place priority. Budget is policy. A budget bill is chock full of choices and priorities. Analyzing an entire budget bill would be a long and tedious process, but proposed amendments to a budget provide an opportunity to focus on specific policy choices.

With that in mind, and before it fades too far into our collective memory, it would be beneficial to examine over the course of several articles some of the amendments proposed by Governor Youngkin and their reception by the General Assembly. Because Steve Haner has already discussed the amendments dealing with taxes, I will not include them in this discussion.

First, a little background. State law authorizes the establishment of “college partnership laboratory schools” (“lab schools”). The definition of a lab school is:

The statutory objectives of these facilities are:

…to (i) stimulate the development of innovative programs for preschool through grade 12 students; (ii) provide opportunities for innovative instruction and assessment; (iii) provide teachers with a vehicle for establishing schools with alternative innovative instruction and school scheduling, management, and structure; (iv) encourage the use of performance-based educational programs; (v) establish high standards for both teachers and administrators; (vi) encourage greater collaboration between education providers from preschool to the postsecondary level; and (vii) develop models for replication in other public schools.

Following are the major provisions applicable to lab schools:

The state has not provided funding for lab schools in prior years. To fill this void, at the beginning of the session, the Governor’s proposed budget amendments included $100 million in the first year of the 2022-2024 biennium and $50 million in the second year for lab schools. The final budget bill included $100 million the first year. Of that amount, $25 million was set aside for planning and startup costs, with the remainder being available to pay per-pupil costs of attendance. The amendment also expanded the pool of institutions authorized to establish lab schools to include all public and private colleges and universities, rather than just those with teacher education programs.

The first amendment proposed by the Governor further expanded the list of higher-ed institutions that could establish a lab school to include higher education centers, institutes, and authorities, as well as all nonprofit private higher education institutions. As explained in the debates in the General Assembly, this expansion includes community colleges.

The justification for this expansion was not clear from the floor debates. In the House, Del. William Wampler, R-Abingdon, was designated as the floor manager for the amendment but seemed confused about what constituted a lab school. He cited as possible examples of models a coding program offered by a higher-ed center in his district and a welding program offered by the community college. How a charter school modeled on those programs could be in compliance with the SOQ and SOL was not explained. The amendment was approved on a party line vote.

In the Senate, the circumstances were more interesting. First of all, the Democrats were down one member because Sen. Scott Surovell. D-Fairfax, did not attend the session. After the amendment’s floor manager, Sen. Todd Pillion, R-Abingdon, introduced the amendment without even attempting to provide any explanation for it, the vote was soon called. Sen. Joe Morrissey, D-Richmond, took a “walk.” The resulting 19-19 tie was broken by Lieutenant Governor Winsome Earle-Sears in favor of the amendment.

With his second amendment concerning lab schools, the Governor confirmed the claims of opponents of charter schools that such schools would take funding from public schools. It would have provided that students enrolled in a lab school would be counted in the average daily membership of the lab school, rather than the school district, and that all state funding on a per-pupil basis (SOQ, categorical, etc.) would “follow the student” and be distributed to the lab school, rather than to the school district.

The amendment was approved by the House, but, in the Senate, Morrissey was back in his seat, and the amendment failed on a 20-19 vote. In both houses, the votes were straight party-line votes.

While lab schools will provide an alternative to regular public schools, they are not the charter schools that many advocates have called for. Their connection to higher ed likely causes heartburn for many regular participants on this blog. They certainly fall short of the Governor’s campaign promises. However, given the adamant opposition of Democrats to charter schools and their control of the Senate, an expansion of entities eligible to start lab schools and $100 million to help is probably the best that Youngkin could hope for.  (Even Chap Petersen, the Democrat that many conservatives on this blog feel is amenable to moderation in their favor, voted against both lab school amendments.)

It is highly unlikely that there will be any new lab schools in operation at the beginning of the next school year. There is a lot to do: application procedures adopted by the Board of Education, development of applications by local higher ed institutions, review of those applications, negotiating contracts with those chosen, hiring of staff, etc.

This is an experiment that deserves a chance. The Governor’s amendment to expand the list of eligible sponsors to include community colleges and higher-ed centers will give communities not close to a four-year college or university a chance to have a lab school. Within the statutory framework governing lab schools, it is difficult to understand why there would be any objection to them. This is especially true considering that, under the proposal recently adopted, lab schools will be fully funded by the state while localities will continue to receive the state aid for local education for those students enrolled in a lab school, although it could be argued that the state funding, at least, should “follow the student” in these public schools.

It will be interesting to see how many applications the Board receives. The variety of proposals received and the types of applications approved by the Board will be important in establishing the credibility of lab schools as a viable alternative to traditional public schools. The performance of the approved schools could be important in illustrating more effective ways of teaching Virginia’s children.

This entry was posted in Education (K-12) and tagged Dick Hall-Sizemore. Bookmark the permalink.