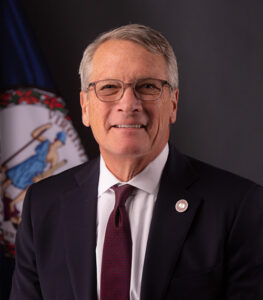 Governor Youngkin’s Lab School initiative is off to a fairly good start, although it is probably not progressing as quickly as he thought or hoped it would.

The Governor and the General Assembly seemed to think last year that the program would be much further along by now. The biennial budget included $100 million in the first year for lab schools. The budget language stipulated that up to $5 million could be used for planning grants and up to $20 million could be used for initial start up costs, with the balance to be used to support operating costs.

The funding picture on this issue is interesting, to say the least. A Superintendent’s Memo (No. 210-22) issued last fall limited the amount for planning grants to $200,000 each. Assuming that all 14 institutions got or will get the maximum of $200,000 for planning, that amounts to $2.8 million. No applications have been approved yet, which means that no initial start-up funding has been granted. That leaves a balance of $97.2 million for the remainder of this fiscal year.

Despite the obvious surplus of funding available for this program, the Governor’s proposed budget includes another $50 million in this fiscal year to support approved per-pupil operating costs in lab schools. At the most, there will be two lab schools established by the end of the fiscal year. The existing balance will be more than enough to fund these programs.

At the Department of Planning and Budget, this proposing of funding that was obviously not needed was called “a gift to the money committees.” DPB analysts hated doing this, but the Governor had the last word. I am sure DPB tried to dissuade the Governor from this proposal, but they were overruled by either the policy office or the Governor. The money committees will undoubtedly be glad to get this $50 million to use on their members’ priorities.