Kings Dominion Stays a Step Ahead of the Minimum Wage 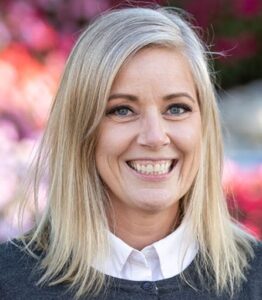 Virginia’s $9.50-per-hour minimum wage will go into effect May 1, but it won’t have much impact on King’s Dominion, which expects to hire more than 2,000 seasonal workers, mostly young people, this season. The Hanover County amusement park plans to boost its minimum wage to $13 per hour, reports Virginia Business. The enterprise also is hiring 80 new full-time positions with wages and benefits starting at $16 an hour in culinary and operations roles.

Hopefully, the flap over the minimum wage in Virginia will prove to be much ado about nothing, as market forces in a fast-recovering economy push up wages faster than the General Assembly can jack up the minimum. In 2017, according to the Bureau of Labor Statistics, 70,000 of Virginia’s 1,978,000 workers were paid the $7.50 minimum wage. Presumably, a significant number more were paid less than $9.50 and will benefit from the wage increase. That’s the up-side of the mandated wage boost.

What we don’t know is how many workers will lose their jobs as employers decide they don’t add enough value to the enterprise to justify the higher wage, or, in the longer run, invest in automation. Bacon’s Rebellion will stay alert for signs of how the minimum is impacting “marginalized” employees, such as minorities, teenagers, and rural workers.

Critics of minimum wages note that even the lowest-paid jobs provide important benefits for young people entering the job market.

With no thought to addressing the minimum wage issue, King’s Dominion’s new general manager, Bridgett Bywater, explained in a recent press release the benefits of starter jobs at the amusement park.

“A seasonal job at our park can offer so much more,” said Bywater, whose first job was operating rides at Worlds of Fund amusement park in Kansas City. “You can gain valuable experience in a safe environment, develop marketable skills for the future, and make new friends while being part of something truly special. And, just as I started out in a seasonal role, our seasonal associates have the opportunity to be rehired for jobs all the way through college and beyond.”

This entry was posted in Business and Economy, Labor & workforce, Poverty & income gap and tagged James A. Bacon. Bookmark the permalink.