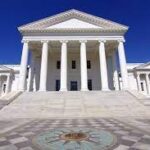 Mark Rozell, a political scientist and Dean of the Schar School of Policy and Government at George Mason University, has a terrible idea. It’s not original. It surfaces from time to time.

In an opinion piece published recently in The Washington Post, “Virginia’s Legislature Was Built for Agrarian Times. Is It Time for An Update?” Rozell points to the fact that Virginia’s General Assembly is back in Richmond for a special session to hammer out a budget as reason to switch from a part-time legislature to a full-time, year-round body.

You know, like they have in California, Michigan, New York and Pennsylvania. Such models of good government.

“Virginia has outgrown a lawmaking methodology created for yesteryear’s drowsy Southern farming state with a smaller, more homogenous populace. Rapid and diverse population growth in recent decades and technological leaps in the speed at which information moves and commerce is transacted — unimaginable 50 years ago — have made governing increasingly complicated,” he wrote.

Seems Rozell would prefer that the commonwealth be governed by professional politicians, perhaps grads of George Mason. They could go directly from university to a bubble in Richmond where they could feverishly pass laws without being forced to canoodle with the unwashed, except at election time.

Currently, our part-time citizen lawmakers head to Richmond for 60 days in even numbered years and 30 days in odd ones. Once the session ends, they return to their homes and their day jobs. This is good. It keeps them grounded.

Committees meet after the session and members are often called back to attack unfinished business.

But because their pay is low — last time I checked it was $17,460 for delegates, $18,000 for senators — most members need to hurry back to their full-time jobs and their paychecks.

Those occupations keep them in touch with the people who elect them. I flipped through the House of Delegates biographies yesterday to check out their professions. Unsurprisingly, there are many lawyers in that chamber. But there are also consultants, telecommunications workers, farmers, small business owners, retirees, teachers, a retired Virginia State trooper, a home-health franchise owner, a grocer, healthcare workers, a pastor, a cybersecurity engineering technician, a construction company owner, a salesman and a wine shop owner (hello Del. Emily Brewer!).

Do these lawmakers with their varied experiences and political differences always come together for a smooth legislating session? Nope. But they bring a wide range of expertise and experience to the halls of the Capitol.

Those life experiences are invaluable. Beyond that, when their legislating is finished they are forced to go home and live among their constituents who will let them know if the laws they passed were beneficial or harmful.

Rozell’s argument, that Virginia’s lawmakers have difficulty conducting all of their business in the allotted time and that if they worked year-round they’d get it all done, shows a remarkable naïveté.

Surely Rozell has seen how Congress procrastinates. How many times have Washington politicians passed continuing resolutions to avoid government shutdowns because they couldn’t hash out a budget?

In a 2021 article in “Charlottesville Tomorrow” State Sen. Creigh Deeds, a Democrat from Bath County, argued against a full-time legislature.

It’s worth remembering that Bristol, Virginia, on the Tennessee border is closer to four other state capitals than it is to Richmond. Lawmakers who stay hundreds of miles away from their home districts most of the year lose touch with their voters and the issues that matter most to them.

On Tuesday, a caller to the “Kerry and Mike” radio show — Carolyn — proposed a solution to the budget delay: lawmakers should agree at the start of the session to pass a budget before tackling any other matters, she suggested.

As far as I know, Carolyn does not write opinion pieces for The Washington Post. Nor is she the dean of a university or a hotshot political scientist.

Just a common-sense Virginian. The sort lawmakers should listen to when they return home from Richmond.

This entry was posted in General Assembly, Governance and tagged Kerry Dougherty. Bookmark the permalink.