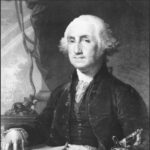 With the horrifying appearance of Covid restrictions in 2020, little battles that once seemed important shriveled in significance.

As former Gov. Ralph Northam stomped on Virginians’ civil liberties for almost two years, it seemed silly to slam on the brakes, run inside a local business and demand that they correct the incorrect apostrophe on their marquee.

Yet those who have been following this space since the beginning know that apostrophe abuse was once a hot topic.

But who cares about a tiny misplaced punctuation mark when a governor is madly closing churches and small businesses, refusing to allow funerals, weddings or family gatherings and demands that everyone, including 2-year-olds in pre-school, wear useless cloth masks?

In other words for two years we’ve had pressing liberty problems. Grammar could wait.

Now we have a new governor restoring our rights. So we can once again try to make the world a more grammatical place.

Let’s begin with a little quiz:

Which is correct, Presidents’ Day? Or Presidents Day?

The Associated Press says no apostrophe. The Chicago Manual of Style says it needs one.

Of course it’s worth noting that the federal holiday we are celebrating today is and was, “George Washington’s Birthday.”

No question about the apostrophe there.

So how did this come to be called Presidents/Presidents’ Day? The Encyclopedia Brittanica explains it all.

The origin of Presidents’ Day lies in the 1880s, when the birthday of Washington—commander of the Continental Army during the American Revolution and the first president of the United States—was first celebrated as a federal holiday. In 1968 Congress passed the Uniform Monday Holiday Bill, which moved a number of federal holidays to Mondays. The change was designed to schedule certain holidays so that workers had a number of long weekends throughout the year, but it has been opposed by those who believe that those holidays should be celebrated on the dates they actually commemorate. During debate on the bill, it was proposed that Washington’s Birthday be renamed Presidents’ Day to honour the birthdays of both Washington (February 22) and Lincoln (February 12); although Lincoln’s birthday was celebrated in many states, it was never an official federal holiday. Following much discussion, Congress rejected the name change. After the bill went into effect in 1971, however, Presidents’ Day became the commonly accepted name, due in part to retailers’ use of that name to promote sales and the holiday’s proximity to Lincoln’s birthday. Presidents’ Day is usually marked by public ceremonies in Washington, D.C., and throughout the country.

In other words, big box stores hijacked our first president’s birthday to save space in print advertisements. Outrageous.

Worse, some folks erroneously came to believe that Presidents’/Presidents Day honors ALL American presidents. As if they’re equally worth celebrating.

That’s a hard no from me.

I’m not honoring Millard Fillmore today. Or Jimmy Carter. Or the current occupant of the White House.

I am, however, saluting George Washington. The father of our country. The man who would not be king. The man who crossed the icy Delaware River at Christmas with his Continental Army to capture a bunch of drunken Hessians.

George deserves his own day. He was born on February 22, 1732. In the colony of Virginia, of course.