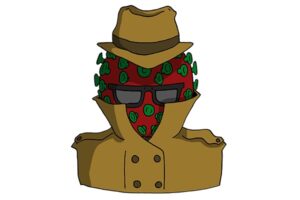 In a post yesterday, Jim Sherlock cited a report by NPR that the Virginia Department of Emergency Management (VDEM) is in the process of finalizing contracts with private labs to expand COVID-19 testing. I hope that Jeff Stern, director of the agency, is not being pushed to conclude these contracts too hurriedly.

The last time that happened, with the state facing an oncoming Hurricane Florence, Virginia entered into a no-bid contract for $31 million to set up three emergency shelters. When the hurricane turned and largely missed the state, those shelters ended up being used by about 50 people. To be fair to Dr. Stern, his agency had warned the Governor and the General Assembly the previous year that the state had inadequate emergency sheltering provisions in the case of a major hurricane. On the other hand, a post-hurricane review contended that less expensive options had been available to meet the meets of an evacuation of Hampton Roads.

I also hope that Dr. Stern does not emulate his counterparts on the federal level. According to a report in today’s Washington Post, FEMA provided a no-bid $55 million contract to a company with a Leesburg address to deliver 10 million N95 masks. It issued this contract despite the Virginia company having filed for bankruptcy last year and having no experience in manufacturing or distributing medical equipment. The delivery date was May 1. The company requested an extension to May 11. On May 11, when the masks still had not been delivered, FEMA wisely canceled the contract.

The price per mask under the FEMA contract would have been $5.50. According to the Post, the manufacturer of the masks, 3M, charges as little as 63 cents per mask. On the other hand, the price under the FEMA contract with the Virginia company was cheap compared to a recent contract entered into by the federal Dept. of Health and Human Services for $100 million to purchase 10 million masks, the same number that FEMA wanted to purchase for $55 million. That comes to $10 per mask.

This entry was posted in Efficiency in government and tagged COVID-19, Dick Hall-Sizemore. Bookmark the permalink.