Return to Autocracy in Virginia 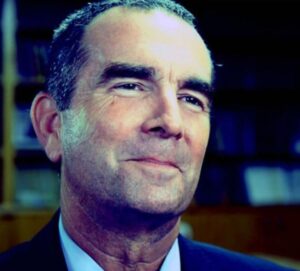 It was so easy to predict that I can claim no special prescience. I wrote a week ago:

If you guessed a week, you win.

may make separate orders and regulations to meet any emergency, not provided for by general regulations, for the purpose of suppressing nuisances dangerous to the public health and communicable, contagious and infectious diseases and other dangers to the public life and health.

If you are wondering, the Board of Health meets four times a year for a couple of days each meeting. And there is no mention of a role for the General Assembly.

This is not the same law that Northam used for 15 months. New ball game.

The language of the law makes it open season on anything to which the Health Commissioner, a gubernatorial appointee, may object. What other “nuisances dangerous to the public health” can we look forward to as the subjects of such orders?

“the origins and effects underlying this pandemic are likely to be found in the development of neoliberal capitalism and its inherent logic of ceaseless accumulation, economic growth, large inequalities, and ecological devastation”.

“The process through which all young people and adults acquire and apply the knowledge, skills, and attitudes to develop healthy identities, manage emotions and achieve personal and collective goals, feel and show empathy for others, establish and maintain supportive relationships, and make responsible and caring decisions.”

I’m going to stop there. You can make your own list.

Code of Virginia § 32.1-13 makes the General Assembly superfluous on any number of issues. Northam has done this without invoking Chapter 3.2. Emergency Services and Disaster Law » § 44-146.17. Powers and duties of Governor for

“Promotion and coordination of state and local emergency services activities relating to the safety and welfare of the Commonwealth in time of disasters.”

So, no disaster declared. No activation of the state Emergency Operations Plan. No exemption from the provisions of the Virginia Public Procurement Act. Just a ”nuisance to the public health.”

No muss, no fuss, no time limits and utterly subjective. Nirvana for progressives.

My many friends on the left will see this as the natural evolution of government into a autocracy in which a chief executive bypasses the messy process of representative government to take actions directly “for the common good,”

That is likely what is taught at our public universities these days — the utter urgency of the revolution and never let a crisis go to waste.

They mean those autocratic powers, however, only to be used by progressives. We’ll see. I hate the very concept of autocrats of either party, but the floodgates are now officially open.

Sauce for the goose.

The Virginia laws on disaster declaration and, separately, the issuance of an order to “suppress nuisances dangerous to the public health” are too broadly written not to require the calling of an emergency session to validate them within a couple of weeks.