Is the Goal Cutting CO2 or Imposing a Tax? 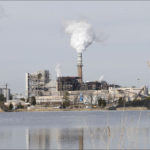 While it would have been a popular step with his political base, and one he was expected to take, Governor Ralph Northam may have been smart to pass on seeking to veto state budget language preventing Virginia membership in the Regional Greenhouse Gas Initiative.

Nothing in the budget language prevents the Air Pollution Control Board from moving forward with caps on carbon dioxide emissions from Virginia’s larger electrical generating plants. It will just have to be a Virginia-only program, one possibly less flexible (and less politically rewarding) than membership in that northeastern regional compact. There will be no opportunity to buy credits from Rhode Island to exceed your emission goals.

And the budget now contains language elsewhere making it crystal clear that if some future General Assembly does join RGGI, the revenues generated thereby will be a tax and the future General Assembly will be free to spend it at will. When RGGI membership was first proposed by Governor Terry McAuliffe, we were promised that any revenues related to the carbon credits would flow back to ratepayers to keep the cost impacts negligible.

Thanks to this new language (here, see paragraph E at the end), that option is out the window.  On that point, the Republicans may have been too clever by half. I never thought Northam would veto that.

McAuliffe’s comic opera run for President is over, and that may have played a role, given he wanted to campaign on this. Sadly, its too late to stop the McAuliffe Memorial gold-plated wind turbines we will all get to overpay for, “testing” well-proven technology that makes no sense at that small scale.

A governor’s authority to veto budget language has a long and contentious history, and had he vetoed either of these a high-risk trip to court was likely. There is no clear line-item veto in our system. But wouldn’t it be nice to think that the Governor took to heart the warnings of the State Corporation Commission staff that the cost impacts could run into the billions, with the tax on CO2 a major component of those costs?

During the debate over the RGGI regulation, supporters responded to that charge by saying the SCC was considering costs that would accrue anyway. Dominion is already running its coal plants less often, possibly moving more quickly toward retiring them. Exactly! Thank you! Joining RGGI is unnecessary to meeting the goal of diminishing coal use and related CO2 emissions. That trend line started long ago and is being driven by (ahem) market forces – customers who demand non-fossil fuel generation, and the dropping cost of alternative forms of generation.

Coal is on the way out. It needs to be a deliberate process and rushing the plant retirements in Virginia is environmentally meaningless even if you believe every carbon atom is a devilish poison. What the environmentalists don’t want to accept is that natural gas is far preferable to coal, needs to be expanded, and a gas-nuclear-renewable mix is the best future for the state. And nuclear is on a knife edge over cost.

The environmental movement is predictably angry with the Governor’s decision, as reported in the Richmond Times-Dispatch. The Twitterverse lit up. But they will likely get much of the carbon reduction they seek and have only lost the other thing they sought – the hundreds of millions of dollars in annual revenue to be extracted from you and me by the carbon auction fees. That gives the movement a huge pile of money to play with in other states, and they had their spending plans in Virginia ready to go.

The disputed and certainly debatable SCC staff white paper noted correctly that Virginia’s integrated utilities have little in common with the power companies in the other RGGI states, which do not own generation that ratepayers are required to pay off in full. They participate in vigorous regional markets for power from independent generators, a future that is not sought by Dominion Energy Virginia. Wouldn’t it be nice to think the Governor considered that incompatibility, as well?

Taking a step as important a joining such a regional compact, and the related one proposed on transportation, both with huge customer cost impacts, should not be a unilateral gubernatorial act. The General Assembly bills that required super majority votes for approval went too far, but Virginia should join or not by legislative action, signed or not by a governor.

The Governor has also guaranteed that RGGI membership will be yet another issue to put before the voters in dozens of legislative races in November, and that process has already started. Fine. That’s as it should be. The election will be decided long before any court case over these vetoes would have been, and we all know what’s coming if the Democrats prevail.