Is an 18-Month Sentence Too Little, Too Much, or Just Right? 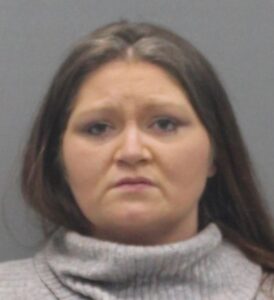 By way of a press release from the Attorney General’s Office, Bacon’s Rebellion has learned of a heinous case in which a certain Amber Nelson has been sentenced to 18 months and ordered to pay restitution of $19,200 for elder neglect and abuse. I would invite readers to weigh in on the question of whether the sentence is anything close to appropriate given the nature of the crime.

Nelson was a paid personal-care services attendant for an unnamed victim in Washington County. Medicaid paid her to perform personal care services, helping with activities of daily living such as maintaining personal hygiene and eating properly.

Nelson pled guilty to felony abuse and neglect of an incapacitated adult, and was sentenced to ten years, with all but 18 months suspended. She was also ordered to pay restitution to the Virginia Department of Medical Assistance Services.

Perhaps there were exonerating circumstances not mentioned in the press release, but based on what we know… Was justice done? Is 18 months in jail remotely sufficient chastisement for Nelson’s ongoing neglect and betrayal of trust…. day after day, after day? This was not a one-time action committed in the heat of passion. The neglect was deliberate and sustained.

The AG’s Medicaid Fraud Control Unit helped with the case. Said Herring in the press release: “Individuals who take advantage of Virginians who are incapacitated or cannot defend themselves must be held accountable for the harm that they have caused.”

Was Nelson held fully accountable? Or should we “give her a second chance” because “she’s not a threat to society” or some-such nonsense?