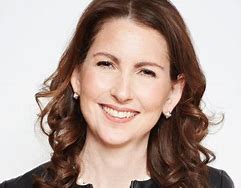 Many of our readers have expressed dismay about the future of Virginia’s schools, some coming to the conclusion that there is no hope. Some others contend that because poor kids haven’t learned over the past three decades, that they can’t learn. Or that some poor kids can learn, just not poor black kids. Or whatever.

Virginia’s Secretary of Education’s stated position is that we must do away with achievement tests to mask deficiency in actual learning and rely instead on aptitude tests, which he admits are not available, to find talented children of color.

Secretary Atif Qarni then insists we put them in advanced classes and schools such as Thomas Jefferson High School for Science and Technology regardless of their inability to demonstrate that they have mastered the preparation necessary to succeed there.

Critical race theory, much admired by the Governor and Secretary Qarni, insists on the necessity of cleansing America in general and American education in particular of the core principles, history and structures of Western Civilization for black people to succeed and their children to learn.

Daniel Bergeney wrote a great piece in the New York Times on September 3, 2014 titled The Battle for New York Schools: Eva Moskowitz vs. Mayor Bill de Blasio. From that piece:

That describes pretty succinctly the baseline for the viewpoints of BLM, Critical Race theorists and Mr. Qarni – in no particular order.

All of that, in addition to representing the most racist attitude imaginable, is proven false by the statewide dominance of New York City Success Academy schools in the New York State Department of Education New York State Testing Program (NYSTP). From the NYSTP website

“The Office of State Assessment (OSA) is responsible for the coordination, development, and implementation of the Grade 3-8 tests, Regents Examinations, Alternate Assessments and English Language Proficiency assessments that comprise the New York State Testing Program (NYSTP). These examinations are administered to students in Kindergarten through Grade 12 enrolled in public, nonpublic, and charter schools throughout the State.”… tests that are aligned with the New York State Learning Standards and Core Curriculum, are consistent with State and federal mandates, are statistically and psychometrically sound, and yield valuable information that enables the State Education Department to hold schools accountable for the education of all students.

These school results ranked in the top 1% of all schools in New York, regardless of family income or racial mix. See the spreadsheet for the top 5.

The 2019 test results, typical of previous years, demonstrated that children across all demographics — racial and economic, as well as those who have IEPs, are English Language Learners, or are experiencing homelessness — can achieve outstanding academic results. In all subgroups, Success Academy scholars outperformed their peers.

How Does Success Academy Do it?

I just spent some very instructional time on the Success Academy website. If you have any interest in K-12 education, I recommend you create a free account to get full access. In an overview of their approach:

At Success Academy, we want our scholars to fall in love with learning — and joyful rigor is our formula for achieving off-the-charts engagement. We capture our scholars’ imaginations by introducing them to fascinating subject matter and pressing them to do the intellectual heavy lifting, constantly asking them “why?” “how can you prove that?” and “what is the evidence?” We want our scholars to recognize and embrace the power of their own ideas, so teachers limit direct instruction and focus on encouraging independent thinking and problem solving in their classrooms. Our scholars spend most of their day exploring, analyzing, discussing, and executing their way through powerful texts, complex math problems, intriguing science experiments, winning chess strategies, and inspiring works of art.

The site explains in great detail how each class is conducted at every grade level. It is astonishing. You can drill down to the lesson guides if you wish.

The lesson guides show the classes to be very fact oriented, using a lot of primary sources, and highly participatory. They treat slavery and Jim Crow and the founding and the civil war accurately and unhesitatingly in every respect.

Unlike the nonsense adrift in the Virginia Department of Education, however, it is professional and the way they teach the kids is amazing.

You will never, ever, hear the term “joyful learning” at VDOE.