How VCU and Richmond Blew It Again 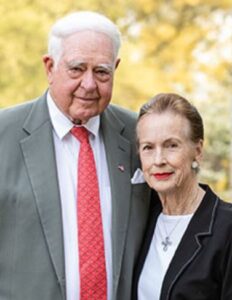 Six years ago William H. Goodwin Jr. and his wife Alice championed the idea of building an independent children’s hospital in Richmond that would conduct research and provide state-of-the-art healthcare to the region’s children. The couple was prepared to contribute $150 million of the estimated $600 million cost in order to make it happen. But the proposal collapsed in the face of unremitting opposition from Virginia Commonwealth University, which was determined to erect its own children’s facility.

Richmond now has a specialized pediatric facility, but it doesn’t come close to matching the vision the Goodwins had.

I was hopeful that Goodwin, who is likely the wealthiest man in Richmond despite having given away hundreds of millions of dollars already, would find another local cause to shower his riches upon. And perhaps he does have other projects in mind. (He and Alice recently gave $5 million to Mary Baldwin University to establish a doctor of nursing program.) But his latest mega-gift of $250 million will not benefit any Virginia institution. It will kickstart a national cancer research foundation called Break Through Cancer… in Boston.

According to Virginia Business magazine, the Goodwins lost their son Hunter to cancer in 2020.

The new foundation, which will be based in Boston, brings together five of the nation’s most prestigious cancer research institutions — Dana-Farber Cancer Institute in Boston; Sidney Kimmel Comprehensive Cancer Center at Johns Hopkins in Philadelphia; MD Anderson Cancer Center in Houston; Memorial Sloan Kettering Cancer Center in New York City; and Koch Institute for Integrative Cancer Research at MIT in Cambridge, Massachusetts.

Researchers at the institutions will collectively focus on four of the deadliest kinds of cancer — the kind that usually kill in 18 months or less: pancreatic cancer, ovarian cancer, glioblastoma (which killed Beau Biden) and acute myelogenous leukemia.

“We’d like to be seeing real results in three years,” Goodwin says. “If we don’t see results within five years, we aren’t making it.”

Notice who is not in the consortium: VCU’s Massey Cancer Center. Maybe Massey Cancer wasn’t prestigious enough to make the cut. Maybe Goodwin bears VCU ill feelings after the knockdown drag-out fight over the children’s hospital. Virginia Business reports that the research institutions began discussing the value of joining forces three or four years ago, a year or two after the Goodwins abandoned the children’s hospital idea. Coincidence?

I have no insight into Goodwin’s thinking, so I can only speculate what went into his decision-making process. But as a citizen of the Richmond metro, I can say what this latest development looks like: the region’s biggest hospital alienated the region’s biggest philanthropist — an intensely community-minded citizen who has given away multimillions to Virginia institutions of higher education. Now the Richmond region is the poorer for it.

This entry was posted in Health Care and tagged James A. Bacon. Bookmark the permalink.