How UVa Dodged the COVID-19 Bullet 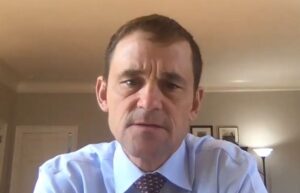 University of Virginia President Jim Ryan addressing the Board of Visitors in a virtual meeting.

The major challenge facing the University of Virginia this fall was controlling the spread of the COVID-19 virus when reconvening for the new academic year. With a combined student and employee population of about 45,000 the UVa administration had a gargantuan task. Fear was running rampant. Many people thought the university’s decision to reopen was reckless. Some told President Jim Ryan he would have blood on his hands.

Like other public universities in Virginia, UVa plowed ahead. The normally hide-bound institution moved more nimbly than anyone thought it was capable of. Professors and grad students took crash courses on virtual learning and converted their classes to an online or hybrid virtual/in-person format. The health system ramped up testing capacity. A COVID call center was set up, contract tracers were organized, and isolation/quarantine rooms were set aside in student housing.

The result: Between move-in day and Thanksgiving, UVa had confirmed 1,250 cases in the university community, mostly among students. Zero students were hospitalized. Only seven non-students were hospitalized.  There was no evidence of transmission in classrooms, nor from UVa students to members of the community, Ryan told the Board of Visitors in its December meeting today. The percentage of positive hits on the tests declined through the semester even as it was rising across Virginia. “We learned we can do hard things,” he said. “Everyone rose to the challenge.”

I can’t say if UVa did a better job of containing the virus than other higher-ed institutions — although at least one, James Madison University, had to send kids home. But it is safe to say that the worst-case scenario never came close to materializing. I’d suggest there are at least two lessons other Virginians can learn from UVa’s experience.

First, while some people worried that packing together a lot of  young people into a small area would be a recipe for disaster, it turns out that students might have been safer at UVa than if they’d stayed home. UVa rolled out testing, contact-tracing and isolation/quarantine protocols not readily available to society at large. One must ask: Could K-12 students also be safer at schools with safeguards than at home?

Second, while 1,250 people tested positive for the virus, only seven (non-students) needed to be hospitalized — about one out of 179. None died. The stats drive home the reality that certain segments of the population have little to fear from the virus. The public health threat is highly concentrated among the elderly and people with co-morbidities. One size policies do not fit all.

Provost Elizabeth Magill likened the epidemic to a “constantly evolving weather event,” or “a hurricane that started in February and changed daily, and hasn’t stopped.”

There was tremendous uncertainty early in the epidemic. One thing the administration decided early on, however, was the need to design a credible testing program. As Mitchell H. Rosner, chair of the UVa Department of Medicine, explained, there were no established “best practices” for COVID-19. There were multiple constituencies to consider, students converging on Charlottesville from around the world, and people living in varying arrangements from off-grounds apartment buildings to student housing. Ideally, the university’s testing experts decided, PRC saliva tests best fit the bill. They would be easy to administer, fast, and cost-effective. The goal was to gear up to testing students once per week.

Starting from scratch, the university had to procure space, modify the space, establish a testing protocol, set a system for administering and analyzing 2,000 tests per day, and build an IT infrastructure to tie all the pieces together. Over the course of the semester, UVa built up its testing capacity from 150 per day to 2,000. Thirty-five thousand tests have been administered so far. (Compared to 3.6 million tests administered across Virginia for the entire duration of the epidemic, UVa has accounted for roughly one out of one hundred tests statewide.)

Once a student was confirmed as having COVID-19, the next step was contact tracing to determine how and where patients might have gotten the virus and who else might have been exposed. To accelerate the process. UVa established a call center. Over the semester, Chris Holstege, professor or emergency medicine told the board of visitors, the call center received 3,299 calls; 1,507 students were recommended for quarantine and 525 for medical evaluation. The university also designated housing where students could isolate and quarantine.

In other measures to prevent the virus from spreading, the university put into place enhanced cleaning protocols; installed 56,000 signs, 2,200 Plexiglas shields, and 2,200 hand sanitizer stations; de-densified dining halls; and erected tents on the grounds to accommodate outdoor dining and study.

On the pedagogical front, UVa established a bootcamp to help professors adapt their classes to a virtual or hybrid environment. Few professors had training in how to teach digital classes, Ian Baucom, dean of the College of Arts & Sciences, told the board. The university hired tech-savvy PhD students, many of whose job assignments at other institutions were canceled due to the epidemic, to help professors design their courses. The PhD students gained a new skill that would have value in the academic marketplace. Indeed, the digital-teaching program was so successful, he said, that the University plans to keep it going even when the epidemic is over.

All told, COVID-related expenditures cost UVa $55 million. The university also lost $22 million in athletic, housing, dining and other revenue. The federal CARES ACT provided some $96 million in relief funds (mostly loans), but the university had to cut spending in other areas to make up the difference. Physicians took salary cuts, and some academic positions were furloughed. The issuance of $600 million in 30-year debt at a 2.2% interest rate earlier in the year gave the university financial flexibility it would not have had otherwise.

This entry was posted in Education (higher ed), Public safety & health and tagged COVID-19, James A. Bacon. Bookmark the permalink.

3 responses to “How UVa Dodged the COVID-19 Bullet”