How to Fight the Cancel-Culture Thugs 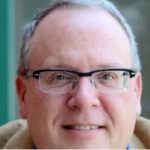 I am an established, bestselling, award-winning, Virginia author. When my latest book was announced, a conservative political thriller titled, “Blue Dawn,” I brought down the wrath of the leftist cancel culture. A very small but vocal group of ‘fans’ tried to get one of my publishers of 36+ years to cancel its contracts with me and pull my books from publication.

Their leader claimed that I had hidden secret racist messages in the subtext of my novels, as crazy as that sounds. These people confronted me online and went after my publishers issuing demands for my purging from the publishing world. This over a book that they had not even read yet!

I did what you would do, I blocked these people. I thought they would get tired and go away. I was wrong.

One of them, using a fake online persona, contacted a fellow author/friend of mine and threatened my life. Other threats were emailed to me or sent as comments to my blog from this person.

I learned a lot through this process. I worked with law enforcement, hired lawyers, worked with security professionals in the field, and I fought back. These woke-warriors came after me as they had with hundreds, if not thousands of other conservatives. Our crime is one of not capitulating, not folding, not voluntarily censoring our thoughts or work.

I also learned how to fight these individuals, which is what I’d like to share with you.

The following are not hard and fast rules, but things you should consider if/when you become a target of these social justice warriors:

You are being watched. You may think silencing yourself on social media will help. It doesn’t. These people will not let up on you if you’re silent. They like the fact you refuse to comment or respond almost as much as if you did reply. Be yourself, but be aware that people are watching every word you type, every photo you post.

Don’t argue with your harassers online. They don’t care about your opinion or perspective. Their goal is to censor you or ruin your reputation. Logic doesn’t work with these social justice warriors because they equate their emotions with your facts and reality. You will never convince them they were wrong because they have already determined your guilt for whatever perceived injustice you represent.

Be prepared for labels. I was called things online that, frankly, I had to Google to figure out what they meant. These individuals love slapping labels on you, the more offensive, the better.

Don’t submit. If you do what they demand of you, they will only demand more. If you capitulate to their demands, you have essentially put them in the driver’s seat to your life.

Don’t assume your accusers are  who they say they are. My primary harasser claimed to be a lesbian nurse who was going to adopt children in November. It was pure identity theft on the part of this woke-warrior; he used someone’s photos to craft this fake persona. He wasn’t a female at all, nor a nurse. He didn’t just use this fake persona against me, but against hundreds of my fans, misleading them as to who he really was. Even when confronted with the truth, he refused to admit he had done anything wrong or apologize to people for misleading them. This tells you about the moral center of the people waging war online.

Takes threats seriously. It is tempting to say, “This is just internet banter.” I heard this a lot when all of this first started, almost two years ago. You must treat such threats as serious and dangerous. Ultimately, when I learned the identify of the person making my threat, I also learned he had been charged with harassment and had plead guilty to making terroristic threats at his last place of employment. Some players in the cancel culture are genuinely bad people who have committed crimes. Don’t blow off what you might think is an idle threat.

Document threats or intimidating messages. I have thick files of the things people have posted about me online, emailed me, or sent to my publishers. Friendly fans sent me tweets and posts from a number of other forums about what my harasser was saying about me online – and I kept it all. Print this stuff out and keep it because the moment law enforcement reaches out to them, online tormenters tend to purge the horrific things they said.

Get local law enforcement involved. One thing I did after getting the threat was to report it. This led to law enforcement helping identify the individual who was harassing me. Even the smaller police forces in Virginia have officers that are specialists in cybercrimes. They are invaluable allies in this process. Do what they recommend.

Understand Virginia’s a cyber-harassment law. It is illegal to harass individuals in our state — a Class One Misdemeanor with fines and jail time.

Consider procuring a PPO (Permanent Protective Order). In some states it is called a restraining order, but in Virginia it is a PPO. In Virginia, you start the process with either a Preliminary Protective Order or an Emergency one. These are short term and followed by a court date where you can make it permanent. I went through this process against my harasser with the assistance of a legal team, but that is not required in Virginia, nor is there a cost associated with securing them. For me, the PPO provided some peace of mind. While court orders will not stop someone from attacking or physically confronting you, it does make the courts aware of the issue and gives you remedies if the person violates the conditions of the order. Virginia has a zero-tolerance approach when it comes to violating protecting orders.

Take appropriate security precautions. I have tightened security at home and have other precautions in place to protect my home and family.

Pursue defamation lawsuits. Civil lawsuits are expensive, but if you feel your reputation has been damaged, there are remedies. When someone tries to interfere with your legal contracts, it may be construed as a conspiracy to restrict trade – which has legal implications as well. Talking to a lawyer with experience in defamation is a big step and highly useful. My own legal team did an outstanding job, and continues to do so, to protect me.

Make no mistake, this is going to cost you money and time. Likewise, it costs those that have gone after you considerable time and money as well, once you take a stand. Isn’t your reputation and peace of mind worth it? The cancel-culture thugs are counting on you capitulating, bowing to their demands, or outright surrendering. Sometimes what make you feel best during this kind of digital harassment is being defiant and taking a stand for what is right. This is about your values and your beliefs.

Blaine Pardoe is an author living in the Fredericksburg area. Find out more about him at his blog, Notes from the Bunker. His book, “Blue Dawn,” is available at Amazon.com

This entry was posted in Crime , corrections and law enforcement, Culture wars. Bookmark the permalink.