How the City of Richmond Kneecaps Itself 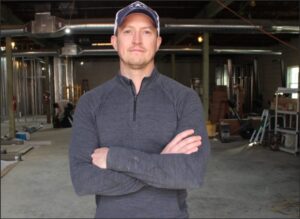 Andreas Addison may be a city councilman in Richmond, but it doesn’t look like he’s getting any special treatment from city hall. With plans to open a gymnasium, he is renovating an old brick building in Scott’s Addition, a neighborhood that is transitioning from light industrial and warehousing into a hipster haven.

He signed a lease early last year and applied for permits to remodel the space, reports Richmond BizSense. Five months later, he thought he was on track to get his building permit and start work. Then he got a call from City Hall.

The city rejected his permit because an access ramp he’d planned to install on the building’s exterior encroached upon the 10-foot-wide sidewalk. Addison would have to move the ramp inside the building. The change cost him $40,000 and eliminated space for a juice bar he’d intended to install. “The phone call came at month five and (the ramp) was on page two of the plans,” he told BizSense. “Why did it take four months to get to that point?”

Addison did finally get his permit, but the delay hurt his business. Having burned through 12 months of free rent, he is now shelling out cash for a building that should have opened months ago. “For a first-time business owner investing in this type of project,” he says, “it’s very discouraging.”

Addison’s experience is common. City officials say they’re dealing with budget constraints, personnel shortages, technology upgrades and outages, and COVID, and they’re trying to improve. But the permitting process has been a nightmare in Richmond for decades. It’s something that never seems to get better, and it’s throttling redevelopment in a city where the business community would like to invest.

“The gravity of the situation can no longer be understated,” says Danna Markland, CEO of the Home Building Association of Richmond. Developers of big projects have the financial resources to endure the extended permitting process, but homeowners and smaller companies often don’t.

“Rejecting my permit is saying no to investment, saying no to the jobs, saying no to the revenue. That is not on the table as an option,” Addison said. “We’re at a moment with this recovery and this opportunity as a city to grow and to truly embrace our future, and I feel like these details are what’s going to make or break our success.”

Bacon’s bottom line: In his first bid for office, Mayor Levar Stoney ran on a platform of competence. Combining a pro-business philosophy with a social-justice sensitivity, he would be a mayor who got things done. After the George Floyd protests/riots, however, his rhetoric and priorities shifted dramatically. The only projects to get expeditious approval were those that took down the city’s Civil War statues. Violent crime is up. The education provided by city schools is a cruel sham. Real estate redevelopment is progressing at a pace far below the city’s potential. Neighboring Henrico and Chesterfield counties lack the inheritance of walkable streets, historic architecture, museums and other cultural institutions, but people have to live and work somewhere, and that’s where the economic growth will flow by default.

This entry was posted in Land use & development, Regulation and tagged James A. Bacon. Bookmark the permalink.