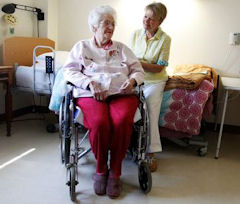 When Governor Northam announced the release of the Virginia Health Department (VDH) COVID-19  details for specific nursing homes and assisted living facilities on June 19, he explained the reversal in policy: “It is also important that this information is released now, given inconsistent information reported at the federal level.” The governor’s Virginia Long-Term Care Task Force posted the names of facilities, the outbreak status, when it was reported to the Virginia Department of Health (VDH), and the number of COVID-19 cases and deaths.

The governor probably did not expect that federal information from The Centers For Medicare And Medicaid (CMS) COVID-19 Nursing Home Dataset would reveal that the VDH Task Force report missed 45 nursing homes that had reported more than 1,100 suspected COVID-19 cases to CMS. More than 500 suspected cases are nursing home staff members, and the others are residents. These numbers reflect only facilities not on the Task Force list and do not include any of those with an outbreak in progress.

Some of those suspected cases may have been ruled out in the past two weeks, and some may have been confirmed as COVID-19 cases, adding to the outbreak numbers.

In mid-April, the governor announced the Task Force would set up point prevalence testing at any facility with at least two cases. This testing not only identifies anyone who has the virus, but anyone who may be asymptomatic or pre-symptomatic. Without that information, a person can inadvertently spread the virus.

This week, the Roanoke Times reported, “As of June 14, the Health Department, with assistance from the National Guard, had completed 60 of the 154 requests for point prevalence studies by long-term care facilities. Three-quarters of the requests are for nursing homes. A breakdown of the remaining long-term care requests shows that 11 requests were submitted but not scheduled, 61 are on a schedule, 13 had specimens collected that are pending results, three facilities withdrew their requests and six need to provide more information before their requests will be processed.”

Today’s outbreak tab on the Virginia COVID-19 Dashboard headlines, “All Health Districts Cases in Healthcare Workers: 3,607,” and shows 230 Outbreaks for Long Term Care Facilities (LTCF) with 6,549 cases and 1,004 deaths. It does not give the number of cases involving healthcare workers in nursing homes or assisted living facilities, but we do know nursing homes have reported 11 deaths, 880 confirmed cases, and at least 1,500 suspected worker cases to CMS.

Did we learn nothing from the tragic events at Canterbury Rehabilitation where 53 of 92 tests came back as positive for asymptomatic individuals? As the LTCF outbreak numbers climb, day by day, why haven’t the Governor, the health commissioner and others acted to get the point prevalence testing completed since April? Why is it acceptable to plan for two more months of not knowing while unrecognized asymptomatic and pre-symptomatic workers risk spreading the virus to citizens both inside and outside the nursing homes? And don’t those workers deserve the peace of mind of knowing if they are not infected?