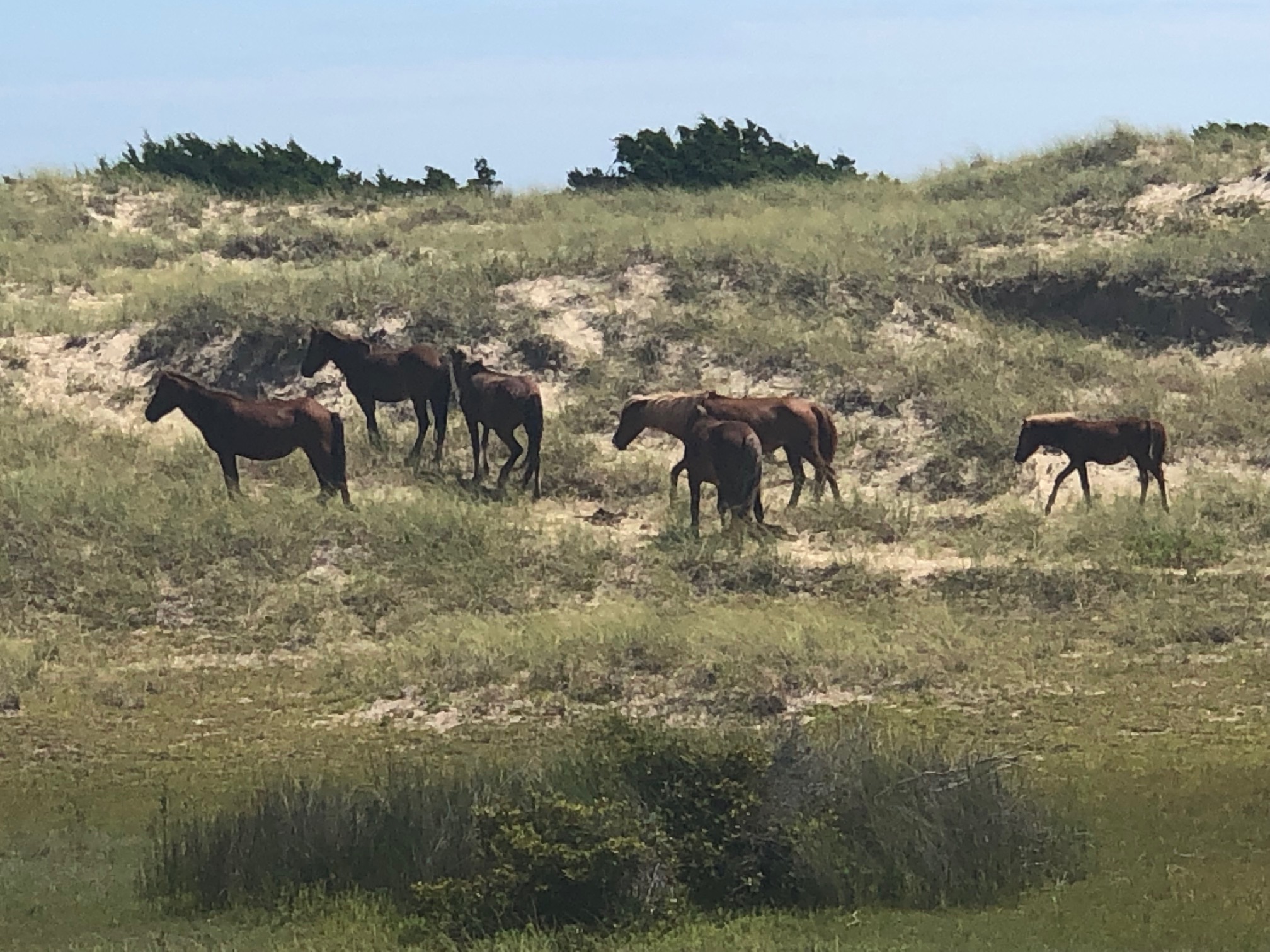 A herd of horses live on Shackleford Banks, a barrier island near Beaufort, N.C., where the Bacon family is vacationing. The horses do not comprise a thundering herd of popular imagination, rather they are dispersed in small groups — “harems” — with a stallion, two or three breeding mares, and their colts. Five or six of these groups reside in the eastern tip we visited, along with a few unaffiliated mares too old to breed and young stallions who have not succeeded in winning the affections of any females.

Park rangers keep a close eye on the horses. Among other things, they capture the DNA from horse droppings — the term of art is “biscuits” — so they can trace the genealogy and relationships of the animals. I did not have time in my brief conversation to inquire into the nature of the scientific research going on.

Because we derive great pleasure from trudging through sandy paths while the hot sun beats down on us, 0ur little group trekked across the island, where the rolling landscape alternates between grassy dunes and copses of scrubby, wind-beaten trees. We came across the group seen above. Shortly thereafter we witnessed a dramatic scene — an encounter with second group of horses. A stallion from the approaching group trotted toward the first group. Immediately, a stallion from the first group peeled off to block him.

I was rooting for two to rear up and strike another with their hooves in a titanic struggle for dominance. The others in my group were pacifists, though, and they were much relieved when the antagonists snorted at each other and the intruder backed away. Though the moment wasn’t as dramatic as it could have been, it was a fascinating illustration of equine social dynamics in the wild.

This entry was posted in Environment, Uncategorized and tagged James A. Bacon. Bookmark the permalink.