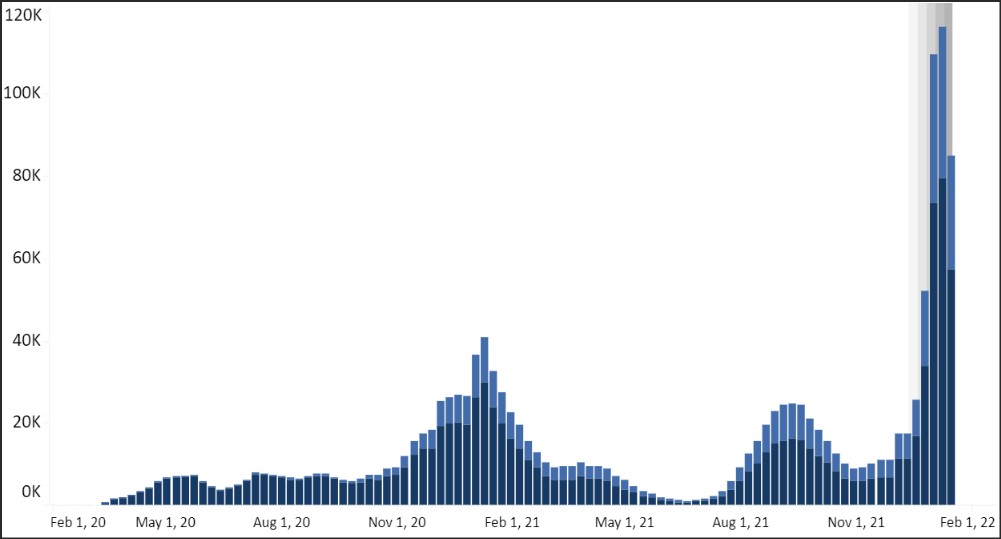 The news media today is chock full of stories about school boards in Northern Virginia and other blue localities defying Governor Glenn Youngkin’s executive order ending mask mandates. The confrontations won’t be settled until the courts rule definitively whether Virginia’s Governor or the school boards have the last word. By the time that happens, the issue may be moot. It appears that the Omicron wave of COVID-19 has peaked and, though daily infections are still extremely high, they are receding.

According to the Virginia Department of Health COVID-19 dashboard, new confirmed cases of COVID-19 hit a high of 36,928 in the week ending January 8. Last week, ending January 15, new cases fell to 27,798. The latter number may miss a few stragglers in the reporting system, but it is evident that the number of infections, after leaping to unprecedented levels in Virginia, is easing off — as was predicted by the experience in South Africa and the United Kingdom.

Hospitalizations from the Omicron variant never approached previous peaks, and they appear to have leveled off, too, as seen here. 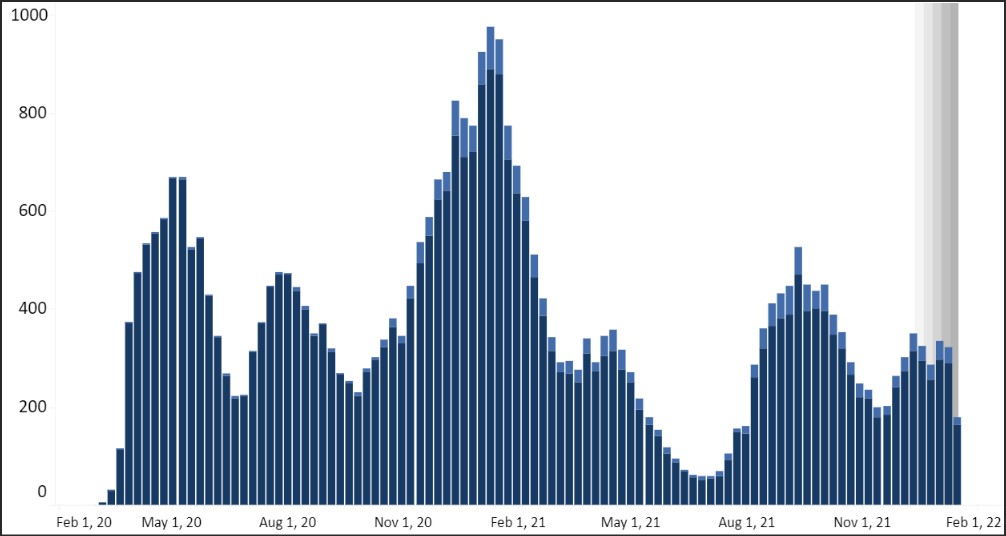 As for deaths, they haven’t budged — because they barely increased in the first place. As widely advertised, Omicron is far less virulent than the Delta variant it displaced. (There is a lag time between symptoms and hospitalizations, and between hospitalizations and deaths, however, so the death numbers in Virginia still have room to run a bit higher.) 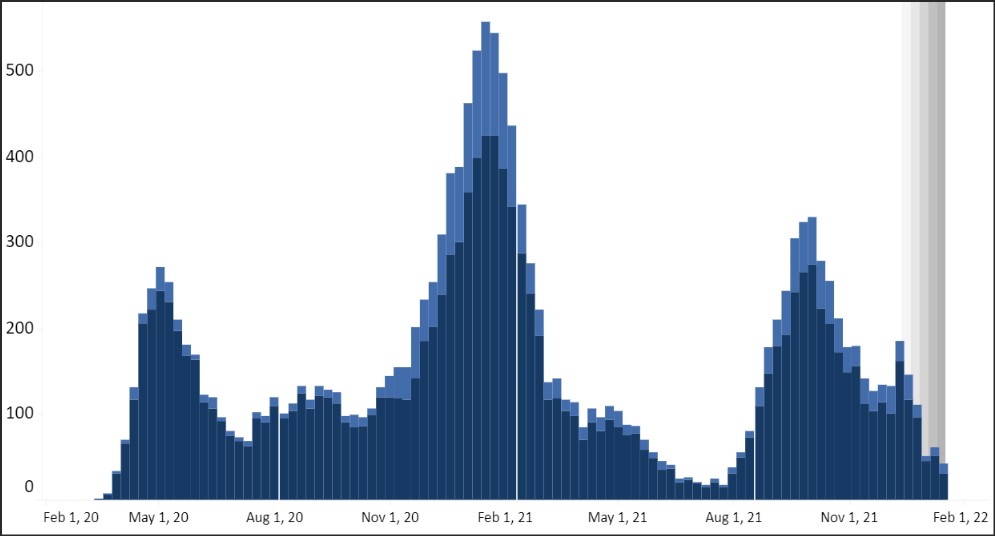 The number of Omicron cases is likely significantly undercounted. My mother and sister both contracted COVID-19, as confirmed by home testing kits, as have several close friends who had evaded previous variants. My family members did not report this information to any official body. I expect that there are thousands more like them.

Indeed, my wife thinks that your humble correspondent might have gotten COVID. I did experience a mild illness with flu-like symptoms for several days. My home test results were negative, but home tests are not 100% reliable, so who knows? Whatever the truth of the matter in my case, there are undoubtedly thousands more who think they might have gotten the virus, but don’t know for sure, and, in fact, did.

There is a growing body of evidence that an Omicron infection confers natural resistance not only to Omicron but to a wide array of COVID-19 variants (although, as always, there will be those who disagree). If that belief is well- founded, the Omicron wave should rapidly retreat. Between vaccinations and natural immunity, the population should be well-protected now. COVID-19 will continue to mutate, there will always be new strains, and the virus will never disappear, but there are valid reasons to think we’ve seen the worst of it.

We can argue all day long whether masks are effective at reducing viral transmission. Hopefully, that debate will look increasingly irrelevant as Omicron slinks away.