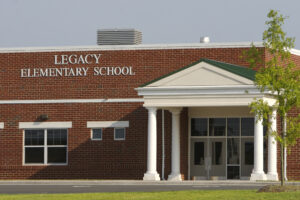 Very few like the concept of full-time online education for children.

They do not consider it an attractive option to teachers in front of kids in brick-and-mortar school classrooms.

They believe, and science backs, that there is considerably more value to in-person school than classroom instruction.

But concepts are one thing; reality another.

A full-time virtual K-12 option (FTVK12) has been available in America for two decades. Some parents, dealing with the realities of situations in which they found their own children, have chosen that option from the beginning.

They make that choice for the same reason that parents that can both afford and have access send their kids to private schools. They find the local public school a poor setting for their kids’ educations compared to another available option.

Maybe the local public school has a history of under-performance and the parents assess that the under-performance is linked to more than just classroom instruction. Maybe their child has special needs that in the parents’ judgement could be better accommodated at home. Maybe their kid was hanging with the wrong crowd at school and they wanted to get him/her away from there for a year or two.

Total costs for virtual public schools are less than half of what governments — state, local and federal — together spend for education in brick-and-mortar public schools. In some states, the District of Columbia and some Virginia localities, costs are much less than half.

Most states, including Virginia, pay the bill for parents who choose a privately- run virtual public school option that their Departments of Education have licensed.

You can disagree with that as a matter of public policy, but it is worth noting that Democrats in Virginia, with four years of total control in Richmond, made no overt attempt to change the laws that offer it. They certainly tried and to some degree succeeded in suppressing the privately-run virtual public-school option, but they did not change the law.

In the states in which the virtual school invoices must be paid by parents, only those who can afford that option can access it.

Demand has been higher than you likely think.

As a school division, FTVK12 public schools would be the 20th largest of 132 divisions in Virginia.

An even higher number of students, as many as 40,000, are registered as home schoolers in Virginia. Those parents by law are not eligible for state funding. Many, for religious reasons, don’t want a state curriculum for their kids.

In Virginia, again as in most states, the options for parents other than home schoolers include private providers offering state curricula and state-certified teachers paid with public school funds.

The reason is simple.

Commercial providers offer online schools tailored for each state and the District of Columbia. Many compete nationally.

They succeed when their students succeed. They are good at what they do or they lose in the marketplace. They constantly invest their own funds in improvements, or they lose. They listen to and satisfy parents or they lose. Competition hones their quality.

The commercial providers offer state-certified teachers providing state-certified courses. They take all comers — IEPs, 504’s, English language learners — everyone; and they provide them every non-instructional service they get in brick-and-mortar schools.

They are diverse. By far the largest commercial FTVK12 public school provider in Virginia has a 22% Black student body, exactly the same as the state public school system as a whole.

There is a considerable surplus of trained and certified teachers willing to teach in these schools. They teach from home. Many are certified in multiple states. Capacity in any state can be expanded or contracted by private firms to meet demand without disruption of the programs.

That excess of teachers seeking to teach from home in online schools is fed by teachers leaving brick-and-mortar schools.

Good teachers leaving. We have watched in horror on television as the reputation of the teaching profession has been trashed by the actions of teachers unions and union-pressured school boards during COVID.

Attacks on teachers with traditional values have been orchestrated by the graduate schools of education and their graduates who run VDOE, the state Board of Education, and our public school systems. Et tu, Brute?

Everyone wants good teachers for the kids, but fewer and fewer people actually want to do that job.

Crippling teacher shortages already plague public schools in Virginia before the teachers they have call in sick. A recent national poll shows that 48% of existing classroom teachers are considering a career change.

We wish they would not leave but we understand why they do.

Leaking pipeline. Compounding that, the pool of new teachers is shrinking. So, there is not enough help on the way.

From “A Pipeline Running Dry: Trends in Teacher Preparation Programs”

384 fewer new teachers graduated from teacher preparation programs in Virginia in 2018 compared to 2010. That’s a -10.69% change over the years. The percent change (in enrollment in teacher prep programs in 2018) was -45.70%. For reference, the K-12 population decreased by 3.03% over that same timeframe. (parentheses mine)

The near-term trend is even worse.

In 2015, the total completions of both traditional  (finished an IHE– Institutions of Higher Learning–course of instruction) and non-traditional (non-IHE-based alternative program) Virginia teacher programs was 4,016 (3,602 of these in traditional programs). Just three years later, in 2018, those numbers had plummeted to 3,208 and 2,900, respectively.

For reference, the K-12 student population decreased by 3.031% in Virginia during the same timeframe. Clearly, the lines of supply and demand are diverging decisively.

Not only are online public schools here to stay, the need for them will increase whether we want it to do so or not.

The empire strikes back.  The government of Virginia under Ralph Northam, working with the budget/finance committees (but not the education committees) in the General Assembly, spent four years attacking the only FTVK12 public school option that existed when Northam took office. You know, the successful, privately-run one.

This year, the Virginia Department of Education (VDOE), massively expanded its own FTVK12 public school population — by 1,400%. In one year.  This year.

We won’t know. VDOE’s FTVK12 school has no regulator. And no rules, because it is authorized in an appropriations act, not education committee legislation.  If you look in the Code of Virginia, you will not find authorization for a full-time school.  The only mention of the VDOE school Virtual Virginia that came up when I searched the Administrative Code was in. 8VAC20-131-60. Transfer students.

Did I mention that VDOE regulates its private or division-run competitors? And that VDOE’s state school is the only FTVK12 option offered to parents by the school divisions that do not run their own program? To my knowledge, Chesterfield is the only division that does so, or at least did at one time.

Registrations in the new state school were driven in no small part by a simultaneous move by the City of Richmond Public Schools (RPS).

RPS last spring cancelled a long-standing contract with the commercial provider, by far the largest, under which RPS had hosted that providers’ students from all over the state. The provider scrambled to get contracts to replace the VDOE-defined “capacity” it lost in Richmond (long story), but could not on short notice replace it all.

The parents of 4,000 Virginia students were denied that option as the provider found itself over-subscribed under VDOE regulations, had to turn some away and close registrations early.

Looking ahead. I am going to tell you that story. You will find that Virginia’s “system” for FTVK12 public schools gives Rube Goldberg a bad name.

You will also find that government organizations, as briefly introduced above, have been at war with Virginia’s laws as well as with the successful privately run options.

The underlying facts are astonishingly complex because Virginia’s laws, written more than a decade ago, were poorly thought through then and are inadequate in today’s environment.

It will take an entire series of reports to explain:

For my friends on the left, you will find that you, too, will want the laws rewritten to support your position. I guarantee it.  So, hold your fire until you understand the current mess. It is indefensible.

Virginia is in no position under the current “system” of virtual K-12 public education to meet demand deliberately, rationally or well.

It certainly is not poised to preserve the parent choice that is legal but has become increasingly inaccessible over the past four years under assaults by the Northam administration, the budget and finance committees of the General Assembly, and RPS.