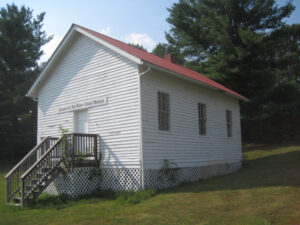 An enduring question in Virginia’s economic development community is how to revitalize the state’s rural counties. Traditional rural industries such as farming, mining, timbering, and light manufacturing are shrinking. Young people are leaving to seek better career opportunities elsewhere, and few people are moving in to replace them. A contracting workforce is not conducive to recruiting entrepreneurs and corporate investment.

Some commentators (I’m one of them) have suggested that rural counties build on their natural amenities such as bays, lakes, and mountains, to attract retirees and tourists. But not all counties are blessed with scenic beauty and recreational resources.

There is one policy lever that rural leaders do control, however, and that is K-12 education. Newly published research by Alexander Marré with the Richmond Federal Reserve Bank and Anil Rupasingha with the U.S. Department of Agriculture concludes that good schools encourage in-migration.

“Our results suggest that for the 2005–2009 time period, the quality of schools—as measured by the share of high school dropouts and nationally benchmarked mathematics and reading test scores—had a positive pull effect on migration to nonmetropolitan counties,” write the authors in an article published in the Journal of Regional Science. “Schools with better outcomes appear to draw in new in‐migrants, even after taking into account the fact that higher‐quality schools are more likely to be located in areas with higher median incomes.”

Previous research had suggested that school quality is a factor in a family’s decision whether or not to relocate to a rural area. One study that interviewed 300 individuals who had attended high school in a rural county in Montana, moved away, and then returned, found that they valued a slower pace of life, proximity to parents, and the perception that the communities were better places for raising children. A significant factor was a belief that schools were superior to those of the communities they had left.

Bacon’s bottom line: The findings are national in scope, so one must be careful extrapolating to the regional or local level. However, the conclusion that school quality matters should be encouraging news to Virginia’s non-metropolitan districts, especially in Western Virginia, which may serve populations with lower-than-average incomes but consistently report better-than-average standardized test scores than most urban and suburban school districts.

There has been widespread speculation that the COVID-19 epidemic and social turmoil stemming from the George Floyd killing will propel many people to seek the safety and tranquility of smaller towns and rural communities. School quality is a crucial consideration for most families with children. If the Marré-Rupasingha hypothesis is right, Virginia could see a reversal of the rural-to-urban migration that has hollowed out so many rural counties. Those best positioned to prosper will be localities that offer both natural amenities and good schools.

Update: Marré and Rupasingha have published another article of interest, only the abstract of which is available to the public. But the findings are noteworthy. The effect of “agglomeration economies” — especially the size and depth of labor pools — tends to favor business location and relocation decisions to urban over rural areas. However, some businesses do relocate from urban to rural environments. By studying those businesses, Marré and Rupasingha found that relocating establishments seem to prefer destination locations that are similar to their respective origins in most respects. … If relocation is to high-amenity rural locations, it takes place even in the absence of significant differences in other location factors.”

Key questions: What are those amenities? And which amenities offer the most economic-development bang for the buck?

This entry was posted in Economic development, Education (K-12) and tagged James A. Bacon, Rural development. Bookmark the permalink.