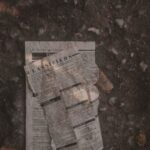 That’s the sound of champagne corks popping as local corruptocrats and sleazy businessmen celebrate the continued demise of local newspapers.

I’m talking, of course, about The Virginian-Pilot. Or what’s left of it.

And The Daily Press.

Perhaps you heard. On Friday, shareholders of The Tribune Company, which owns The Pilot, The Press, The Chicago Tribune, The Baltimore Sun, The New York Daily News, The Orlando Sentinel and about 70 other newspapers, approved a sale of the company to Alden Global Capital — a hedge fund that Vanity Fair once described as “the grim reaper of American newspapers.”

This move has been in the works for more than a year. The New York Times raised the alarm this way in 2020:

Alden, a hedge fund that has already amassed a media empire of roughly 200 newspapers nationwide, made its first big move on Tribune Publishing in 2019 when it took a 32 percent stake, making it the publisher’s largest shareholder…

Now Alden’s endgame is coming into sharper focus. In a Dec. 14 letter to the Tribune board that became public in a federal regulatory filing on Thursday, Alden proposed buying the Tribune shares it did not already own for $14.25 apiece. That would be 11 percent more than the Wednesday closing price for Tribune, a publicly traded company…

Revenue for the local news industry has plummeted over the past 15 years as readers have increasingly favored getting the news on screens rather than in print newspapers. Alden and other hedge funds have nonetheless been able to wring profits from newspaper chains through austere management practices, and the finance industry has driven a wave of consolidation in the news media business.

“Austere management practices” is a polite way of saying that hedge funds like Alden buy struggling newspapers, sell off assets, slash costs to the bone and slurp up advertising revenue, vampire-style.

This does not result in good journalism. Then again, that doesn’t seem to be the goal.

The last thing The Pilot needs right now is more austere management. It’s suffered through more than a decade of that.

The Washington Post once described Alden’s business model this way:

Alden has made a business out of gobbling newspapers, ruthlessly cutting costs and gutting the staff and then, cutting even more when the product is invariably damaged.

NPR notes that at unionized papers, Alden has cut staff by 75%.

Hedge funds like to liquidate newspapers, selling them off for parts. Not that there’s much left to sell locally.

The Tribune company sliced and diced both The Daily Press and The Virginian-Pilot in the past three years. When The Pilot was sold to what was then called “Tronc” in 2018, staff was assured that there would be no merger with its sister paper on the Peninsula.

It wasn’t long before The Pilot and The Press were sharing editors. When The Pilot’s 84-year-old building at 150 W. Brambleton Avenue was sold in 2019, Pilot staffers were told to report to the Press offices in Newport News. A year later, those, too were closed. Now neither newspaper has office space.

When I was hired by The Pilot in 1984 the paper not only had the downtown Norfolk newsroom, but maintained bustling bureaus in Virginia Beach, Chesapeake, Portsmouth and Suffolk. The newspaper also had a good-sized operation in Richmond, an office in Washington and bureaus in Raleigh, Ahoskie, Elizabeth City, Nags Head, Hampton and on the Eastern Shore at one time or another.

Pilot reporters blanketed the military, the statehouse and local cities with unrivaled coverage.

At its peak in the late 1990s, full-time employees in the Pilot newsroom numbered about 298. Layoffs and buyouts began around 2008 and one by one the bureaus closed. By 2014, the most recent year for which I can find a newsroom headcount, there were only 105 workers.

There are far fewer today.

The reporters who remain on staff are working from their homes. If they can afford homes, that is. They may be working out of their cars.

Yes, I hear from many of you who are disgusted with the liberal editorials in The Virginian-Pilot. You lament the lack of timely, comprehensive local coverage. Many of you have cancelled your subscriptions.

I hear you. And your complaints are valid.

But what do you expect from a small staff of mostly young reporters who lack the sort of experienced, crusty editors that trained, berated and toughened up reporters of my generation? Those old-timers made us write and rewrite copy. They sent us back to conduct more interviews, find more documents, ask more questions. They made us stay late at night until we got it right. Nothing got in print until they were satisfied.

How can a newspaper operate when most of its experience and historical knowledge was pushed out the door years ago in a series of blockheaded cost-cutting moves?

For those who remember The Pilot when it was one of the great dailies in America, the place where all of Tidewater went for in-depth reporting about everything from city halls to the military to shenanigans in Richmond, this latest development is catastrophic.

The Virginian-Pilot was the largest newspaper in Virginia with aggressive investigative reporters who collected scalps without regard to politics or special interests. The journalists won awards and put people in prison with their excellent reporting.

Corrupt politicians and businessmen — and Lord knows there are plenty of them — can breathe easy.

It won’t be long until a hedge fund is running the newspaper.

This column is republished with permission from Kerry; Unemployed & Unedited.