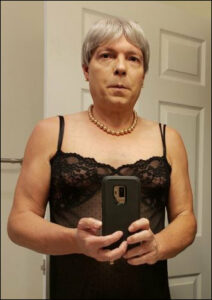 We live in truly crazy times. Consider: Virginia’s Board of Psychology is reportedly days away from adopting a guidance document that would ban conversion therapy on minors. By “conversion therapy,” the board means the practice of trying to convert a person’s sexual orientation from gay to heterosexual.

In accordance with best practices established by professional organizations, reports The Virginia Mercury, practicing sexual-orientation conversion therapy on minors “could result in a finding of misconduct and disciplinary action.”

But a different kind of “conversion therapy” is increasingly OK among U.S. psychologists: changing the gender — not merely the sexual orientation, but the physical manifestations of sex — of minors through hormonal treatments and surgery.

Elaine, the mother of a child born biologically female began identifying as a male, tells of her experience in the Daily Signal:

The current standard of treatment promoted by medical and psychological associations is called “affirmative care.” While this sounds nice, affirmative care leads directly to putting children on the path to medical transition with little chance of turning back.

If you take your child to a clinic to seek help, affirmative care means the therapist must follow the child’s lead. The professionals must accept a child’s professed gender identity. In fact, this is the law in many states. …

So, if a little boy is 5 years old and believes he is the opposite sex, affirmative care means going along with his beliefs.

Parents are encouraged to refer to him as their “daughter” and let him choose a feminine name. Teachers are told to let him use the girls’ bathroom at school. Therapists will reassure parents that social transition is harmless and reversible. …

If a 10-year-old girl is uncomfortable with her developing body and suddenly insists she is a boy, affirmative care means blocking this girl’s puberty with powerful drugs.

Doctors will tell parents this is a perfectly safe and reversible way for her to explore her gender. Affirmative care does not help this child get to the cause of her discomfort.

Medicating her with these drugs is not safe. In fact, her future fertility, sexual functioning, and bone development may be negatively impacted.

Once the teenage years begin, affirmative care means giving young people cross-sex hormones. Girls as young as 12 are prescribed testosterone for lifetime usage, while boys are given estrogen. …

For girls, one standard procedure is called “gender-affirming top surgery,” also known as a double mastectomy. They are performed on girls as young as 13 years old—otherwise healthy girls who believe they are transgender. …

There are also teenage girls undergoing radical hysterectomies in the name of gender identity.

The results of gender-conversion therapy can be devastating. Jamie Shupe, who was sexually abused as a boy, decided during a severe mental health crisis that he was a woman. He took estrogen treatments and considered radical surgery. Then one day, he looked in the mirror and realized he had been kidding himself. “Despite having taken or been injected with every hormone and antiandrogen concoction in the VA’s medical arsenal, I didn’t look anything like a female,” he wrote in the Daily Signal. He then garnered favorable media attention when he applied to an Oregon judge to be declared “binary.”

At the end of his torturous journey, he concluded, “I do not have any disorders of sexual development. All of my sexual confusion was in my head. I should have been treated. Instead, at every step, doctors, judges, and advocacy groups indulged my fiction.”

Unlike homosexuality, which is a phenomenon known in all human societies throughout history and is observable even in animals, gender confusion is almost entirely an artifact of the modern age. (I say “almost” because hermaphroditism is a real though rare thing. But most transgenders are not hermaphrodites.) In America and other Western democracies today, the gender-confusion phenomenon is an intellectual fashion and a sociological phenomenon. We live in uprooted times. Rapid technological change, especially the rise of social media, is shredding the traditional way in which people interact. More people than ever are feeling lonely and disconnected, and more than ever suffer from anxiety, depression, and other mental illnesses. Meanwhile, traditional norms are under ideological assault. The transgender fad, I believe, arises from this turmoil.

As far as I know, the Virginia Board of Psychology has not issued any pronunciamentos on transgenderism, but peer boards in other states have. While sexual-orientation conversion therapy might be bad idea, if it fails, at least the psychological damage can be undone. But when gender conversion therapy goes bad, the effects of hormone treatments and surgery can be irreversible. Yet the psychology profession considers the former to be bad and the latter to be good. When ideology trumps biology, we truly live in crazy times.

This entry was posted in LGBQT rights. Bookmark the permalink.