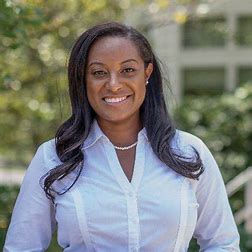 Judging by his campaign fund-raising e-mails, Terry McAuliffe thinks he can snag the Democratic Party nomination for governor by running against the Republican’s poll-leading candidate, Trumpette Amanda Chase. Given his name recognition as a former governor, that may work. But give his lesser-known rival for the nomination, Jennifer Carroll Foy, credit for talking serious public policy.

Foy’s missive on health care probably won’t garner much attention from the media, which prefers political catfights over debates of substance, and it may not win over many voters. After all, how many voters read public-policy white papers? Her position paper won’t even win over me — Foy’s natural instinct is to turn to government to solve every problem. But at least the former Prince William County delegate has given serious thought to improving Virginia’s healthcare system. And at least one of her proposals — to improve price transparency — is something that even small-government, free-market conservatives can work with.

Rather than dwell on her proposals to establish a prescription drug affordability board, steer funds into a Virginia Reinsurance program, and initiate a half-dozen programs to spend more money, permit me to focus on the Big Idea that has the potential to build bipartisan consensus.

Every Virginian has a right to know up front exactly what they will pay for medical services so that they can make informed decisions about their care. As prescription drug and premium prices continue to soar, we must work to institute price transparency throughout the medical supply chain in order to determine strategies to address and curb costs with impactful, evidence-based policy. Without transparency, consumers have no way of knowing the prices negotiated by health insurance companies and providers until after they are charged for the services and products.

I totally agree. Without price transparency, there is no real market for healthcare services. Without a functioning market, there is no cost discipline. While it may not be possible for consumers to shop for procedures that require urgent care, there are many deferable discretionary procedures that medical consumers can shop around for. Lasik eye surgery and cosmetic surgery are examples of discretionary procedures not covered by insurance where there is competition among providers, price transparency… and stable or declining costs.

So, what would Foy do?

As Governor, I will build on the out-of-pocket estimate requirements here in Virginia and on the final rules establishing price transparency requirements for services that were released by the Dept. of Health and Human Services in the final months of the Trump administration. These federal rules require hospitals to make payer-negotiated rates for common services easily available to consumers and require health insurers to make rates and cost-sharing estimates for common services available to enrollees. My administration will work quickly to enact similar disclosure rules for not only providers and insurers but also pharmaceutical companies and pharmacy benefit managers.

I would add only that hospitals are publishing these rates, but most are making it very difficult for consumers to find on their websites. Hospitals do not want price transparency. Indeed, some force insurance carriers to sign contract provisos that prevent insurers from informing patients when they can get better deals elsewhere. Foy needs to tackle that issue as well.

Price transparency is the only way to determine the actual costs of prescriptions and medical services, how much the price-makers are profiting off of patients, and the causes for price increases. Instituting price transparency and accountability throughout the medical supply chain in our Commonwealth is necessary in order to reduce costs with evidence-based policy and disclosure requirements.

My biggest criticism of Foy’s plan is that she fails to acknowledge that the cartel-ization of Virginia’s healthcare industry — the consolidation of hospitals, physicians practices, imaging centers, sometimes even insurance carriers into mammoth health-system monopolies — is a driving force behind higher costs. She talks in her white paper about the desirability of expanding access to healthcare and suggests all manner of government solutions. The quickest, easiest, and most cost-effective way to expand geographic access and make healthcare affordable is to break up the monopolies.

Apparently, that’s a bridge too far for Foy. But half a loaf is better than none. Market conservatives should join her in working to achieve greater price transparency.

This entry was posted in Health Care, Politics and tagged James A. Bacon. Bookmark the permalink.