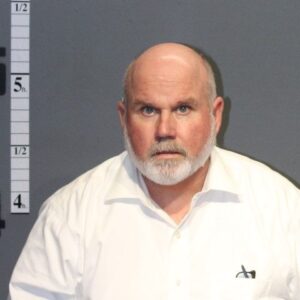 Here is another name to add to the list of corrupt public officials — former Norfolk Sheriff Bob McCabe.

Earlier this week, a federal jury convicted him of all 11 counts of fraud, conspiracy and money laundering. The charges covered actions committed over a 22-year period. They included accepting gift cards to expensive restaurants, Redskins tickets, free catering for his annual golf tournament, an all-expenses paid trip to Nashville, “loans” that were never repaid, and thousands of dollars in cash to spend during casino trips. He was also charged with providing inside information to select companies seeking contracts with the sheriff’s office.

Testifying in his defense at his trial, McCabe admitted to violating campaign finance laws, but claimed it was not intentional. “I just didn’t pay attention to them like I should have.” He also admitted getting loans and gifts from businessmen who had multi-million dollar contracts with the city’s jail, but insisted, “I’ve never taken a bribe in my life.” The “loans” and gifts were because they were friends, he insisted.

One of the principal contractors involved in the fraudulent activities was the president of a company that provided medical services to inmates in the jail overseen by McCabe. His trial is scheduled for October. The president of another company named in the charges was not indicted due to his cooperation in the investigation.

After the jury’s verdict was announced, the judge refused to allow McCabe to remain free on bail pending sentencing. He was initially sent to the Western Tidewater Regional Jail and later moved to another undisclosed jail for his own security.

I am indebted to the Virginian Pilot for its extensive coverage of the trial. Here are links to some of the stories:

This entry was posted in Courts and law, Crime , corrections and law enforcement, Ethics, Public corruption and tagged Dick Hall-Sizemore. Bookmark the permalink.