Forced Unionism Is Back on the Menu 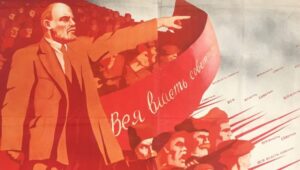 What Afghanistan giveth Texas shall taketh away…

Yet with the 2022 Generic Ballot showing the environment at D+0.3 at present? Those numbers can only improve Republican hopes moving forward, as new polls indicate that both Winsome Sears and Jason Miyares are building on their existing leads.

Even National Review is getting in on the game as Virginia Democrats are debating whether or not to double-down on defunding the police:

Vulnerable Democrats in the House of Delegates seem to share Youngkin’s intuition about crime and the political consequences of their party’s record on the issue, and are feverishly working to reverse themselves as a result.

Askew, Cole, and Tyler are all part of the Virginia Legislative Black Caucus, which in 2020 came out in support of “DIVESTING from large law enforcement budgets & INVESTING more in communities [emphasis theirs],” establishing a “Civilian Review Board with subpoena power,” and ending qualified immunity entirely.

Back in 2011, the now 36-year-old Askew tweeted that “black in the North East = being harassed by the police.” Cole, meanwhile, announced that he would personally sponsor legislation to implement the aforementioned review board and to re-examine the role of and need for School Resource Officers.

Virginia Democrats are working to make you and your families less safe.

Given the Democrats’ focus over the last few days — retreat in Afghanistan, dead babies in Texas, completely fumbling hurricane relief, calling terrorists what they are is is offensive, and now a Taliban-style commitment to the destruction of statues — it’s no small wonder why they feel an existential need to focus one something (anything!) other than their disasters.

Earlier this year, he and most other Dems (and all R's) voted to kill a bill that would do that: https://t.co/86V75mTCwe pic.twitter.com/bTObjPMEna

Here’s what a repeal of Virginia’s right to work statues will entail. In short, rather than you and your co-workers choosing to unionize — as you can do right now — a repeal of right to work will mean that a union can come into your workplace or field, establish a union, and force every employee to pay into that union.

The reason behind this? Unions feel that their collective bargaining agreements help every employee and not just union members. Ergo, if you are benefiting from the presence of a union, you should pay your share.

The problem with that? Union dues can cost anywhere from $400 to $1,500 a year, depending on what you make. In short, if you are working at a living wage? The standard dues are 2.5 times your hourly wage per month.

Are you a more highly skilled worker? Let’s say you are a pipefitter, plumber, electrician or contractor making a solid $90,000 a year in a STEM related field. $108/month after taxes, my friends… $1,300 a year. Does your spouse work for the union as well? Guess what — you just doubled your dues if she’s working in a similar field with a similar arrangement.

What could you and your family do with $2,600 a year? Savings? Retirement? Investments? Vacation? Paying for community college so you can get an even better job?

In short — who is the boss of you?

That’s right — it’s never the folks who can afford to pay the higher prices who get the knife. It’s the working poor who suffer the most.

Obviously there’s a debate coming up next week. McAuliffe would love nothing more than to talk about forced unionism rather than defunding the police.

Milton Friedman — no stranger to conservatives — made the best case against forced unionism:

Some wags are going to do a quick Google search and find this nugget, but notice the point Uncle Milton is trying to make here — forced unionism inevitably fails in the marketplace, which is why right-to-work states thrive against our Northeastern counterparts.

All Power To The Soviets! isn’t exactly a winning slogan.

Facts are, Virginia Democrats are in trouble — not despite themselves, but because of the failure of their own policies and rhetoric.

With forced unionism, McAuliffe is desperately looking for a hammer to use against Youngkin for the upcoming debates — but does it need to come with a sickle?

This entry was posted in Elections, Politics and tagged Shaun Kenney. Bookmark the permalink.