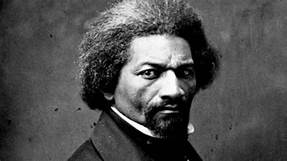 The General Assembly is moving toward requiring history teachers to study black history. SB 1196, passed by the state senate, would mandate teachers seeking a license or license renewal to have training in “cultural competency” and complete board-approved instruction in African American history.

I worry about these “cultural competency” requirements, and whether schools will teach bizarre racial stereotypes under the guise of cultural competency. For example, the Seattle Schools, under the guise of teaching cultural competence, made bizarre claims, such as that individualism is racism, that only whites can be racists, and that “future time orientation” – planning ahead – is a stereotypically white characteristic that minorities shouldn’t be expected to exhibit. As a black Supreme Court Justice disapprovingly noted in a 2007 ruling, “The Seattle school district’s Website formerly contained the following” examples of what it called “cultural racism’: “emphasizing individualism as opposed to a more collective ideology” and “defining one form of English as standard.”

These disturbing claims came from Pacific Education Group, one of America’s most famous diversity-training firms, which has been hired by school districts in Virginia, Maryland, and many other states. It has promoted some of the crudest imaginable racial stereotypes, such as claiming that “white talk” is “verbal, impersonal, intellectual” and “task-oriented,” while black talk is “emotional.”

Let’s hope that the Pacific Education Group is not involved in designing Virginia’s Black History curriculum. In the meantime, it is now Black History Month and Virginians should consider inoculating themselves against Critical Race Theory-infused thinking by reading about one of America’s great thinkers and orators, Frederick Douglass.

Two recent books tell his story in an engaging and easily-readable way. One is Timothy Sandefur’s “Frederick Douglass: Self-Made Man.” Another is Damon Root’s “A Glorious Liberty: Frederick Douglass and the Fight for an Antislavery Constitution.”

Born into slavery in 1818, Frederick Douglass rose to become one of the nation’s foremost intellectuals―a statesman, author, lecturer, and scholar who helped lead the fight against slavery and racial oppression. Unlike other leading abolitionists, however, Douglass embraced the U.S. Constitution, insisting that it was an essentially anti-slavery document and that its guarantees for individual rights belonged to all Americans, of whatever race.

Douglass spoke in his most popular lecture, “Self-Made Men,” of people who rise through their own effort and devotion rather than circumstances of privilege. “If they have traveled far, they have made the road on which they have travelled. If they have ascended high, they have built their own ladder.” In this fast-paced biography, lawyer and author Timothy Sandefur examines the life and ideas of the nation’s foremost “self-made man”―from his horrific experiences in slavery and his heroic escape to his eloquent demands for equal treatment by the federal government and his later career as statesman and intellectual.

As a favorable review of the book notes, “Sandefur’s contention [is] that individuality is the centerpiece of Douglass’s moral and political philosophy…For example, Sandefur [notes] Douglass’s hostility to communism, his skepticism of labor unions, his unequivocal opposition to black nationalism, [and] his allegiance to limited government and free enterprise.” This is a welcome contrast to many of today’s black academics, who are often hostile to free enterprise and limited government.

Here is a summary of “A Glorious Liberty: Frederick Douglass and the Fight for an Antislavery Constitution”:

In this timely and provocative book, Damon Root reveals how Frederick Douglass’s fight for an antislavery Constitution helped to shape the course of American history in the nineteenth century and beyond. At a time when the principles of the Constitution and Declaration of Independence were under assault, Frederick Douglass picked up their banner, championing inalienable rights for all, regardless of race. When Americans were killing each other on the battlefield, Douglass fought for a cause greater than the mere preservation of the Union. “No war but an Abolition war,” he maintained. “No peace but an Abolition peace.” In the aftermath of the Civil War, when state and local governments were violating the rights of the recently emancipated, Douglass preached the importance of “the ballot-box, the jury-box, and the cartridge-box” in the struggle against Jim Crow.

Root’s book, which I enjoyed reading, also has favorable reviews. “Today, once again, the original Constitution is being vilified, as a validation of slavery, by people with disreputable agendas and negligible understanding. Damon Root, who explicates the great document as well as anyone writing today…refut[es] this recycled canard,” says syndicated columnist George F. Will.

“Is the Constitution an antislavery ‘glorious liberty document’ or a proslavery ‘agreement with hell’? The antebellum debates between William Lloyd Garrison and Frederick Douglass are as relevant today as they were two centuries ago. “In this important new book,” says Josh Blackman, professor of constitutional law, “Damon Root .. . walks you through this formative constitutional debate and shows why Douglass rightfully belongs ‘in the pantheon of American civic philosophers.’”

This entry was posted in Culture wars, Race and race relations, Uncategorized and tagged Hans Bader. Bookmark the permalink.