First They Come for the Gas Pipelines, Then the Nukes, and Then… Your Gas Grill? 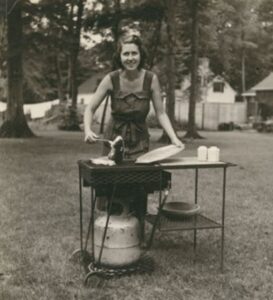 As Virginia hurtles towards its brave new future of a net zero-carbon economy, the political class needs more data so it can figure out who else to regulate and what else to shut down. Our overlords have a good handle on CO2 emissions in the electric grid and the transportation sector, but Virginia’s economy is so big and sprawling that many carbon “polluters” have not been identified.

A bill submitted by Sen. Joe Morrissey, D-Richmond, would correct that data deficiency. The bill would allow the state Department of Environmental Quality to conduct an inventory of “all greenhouse gas emissions” and to update it every four years. DEQ would publish the date on its website and show how emissions compared to the baseline. The bill has passed both the House and the Senate.

“Good policy requires good data and this legislation gives us the ability to get the data we need to craft good policy going forward,” The Virginia Mercury quotes DEQ Deputy Director Chris Bast as saying.

The bill provides no specifics on precisely what kind of data would be collected, but the Mercury provides some clues as to what regulators are thinking.

Data on carbon and methane emissions from power plants and major sources of air pollution can be found in state and federal air permits, and officials can rely on widely used models to estimate emissions linked to transportation and agriculture. But information about emissions from smaller industrial polluters and building infrastructure that relies on natural gas and oil instead of electricity often isn’t readily available to the agency.

“We’re very mindful of the fact that we don’t need to be drilling down too far in the weeds to get at every little thing, but we need the ability to evaluate what our actual emissions are,” DEQ Director David Paylor told lawmakers during one hearing.

Where will this bill take us? Is Morrissey’s intention simply to measure Virginia’s progress in decarbonizing its economy? Or is the goal to identify new sets of targets to go after? The goal, it is becoming increasingly clear, is to eliminate all fossil fuels — including natural gas to heat your home. What’s next? Wood-fired stoves? Propane tanks in backyard grills? Portable generators? DEQ may not be setting its sights on those things right now, but there is nothing in the language of the bill to prevent them from drilling deeper.

Where does this end?

This entry was posted in Energy, Environment, General Assembly, Uncategorized and tagged James A. Bacon. Bookmark the permalink.