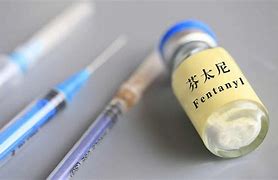 Sometimes reporters commit errors of omission. Especially when a pet cause is threatened by the facts.

Left-leaning newspapers, which include the large majority of such outlets, tend to write that an “SUV” ran down a crowd at a Christmas parade or that an “illegal gun” shot a cop. That removes personal agency and assigns guilt to inanimate objects.

Which in turn allows them to advocate both “eliminate cash bail” and “prison reform” causes while pushing gun control. They stop short of mentioning criminals unless, of course, they can be identified as right-leaning.

Good reporting. Except for that inanimate object thing again. Fentanyl, in this story, is the equivalent of an SUV or an illegal gun.

The Richmond area is the center of the overdose epidemic in Virginia. Within city limits, where more people die of fentanyl overdoses than anywhere else in the state, 9 out of every 10 fatal overdoses involve the drug. Henrico and Chesterfield counties also rank in the top five in the state for the most fentanyl deaths.

Fentanyl… is now … produced illicitly and sold on the streets.

Chesterfield County Sheriff Karl Leonard said that drug dealers are lacing everything from methamphetamine to marijuana with fentanyl because the easy availability, low cost and high potency boost profit margins.

No producers. No pipeline. Just otherwise-unidentified dealers lacing their product with fentanyl.

Unmentioned in the lengthy RTD story is that it is Chinese fentanyl that is killing Virginians. Or that it comes across the wide open southern border smuggled by Mexican cartels. Or that closing the border to illegal immigration would raise the price and limit the availability of the killer drug. Or that reinvigorating ICE and the DEA is warranted. Or that arresting and sentencing local dealers would be a useful thing to do in Richmond.

So far, the paper has reported the deaths of thousands of Virginians without having addressed the agents of those deaths. We hope that will happen in follow-up reporting.

Dealers appear to work freely in Richmond. A police funding issue? A prioritization issue? Political pressure? A prosecutor issue? A risk of inequitable arrest statistics? Sloppy work? Fear? We hope the RTD is working on a story with the answers to those questions.

Without additional reporting, like “defund the police” politicians attending cop funerals in dark glasses and loudly lamenting illegal guns, the RTD is mourning the unexplained.

But good start. We look forward to reading the rest of the story.

This entry was posted in Crime , corrections and law enforcement, Culture wars, Media and tagged James Sherlock. Bookmark the permalink.