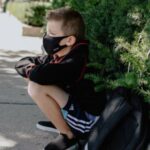 I’ve seen this movie before, I thought, as I watched Tuesday night’s Virginia Beach School Board meeting on my computer. And I know how it ends.

To the parents lined up to speak in favor of a motion to make masks optional for students this fall I wanted to shout, Save your breath. Their minds are made up.

Have I mentioned I spent 42 years in daily newspapers? Well, I did, and during that time my least favorite assignments were always public meetings. Early in my career I covered the Fairfax County Board of Supervisors and School Board for The Washington Post. Later, at The Virginian-Pilot, I covered several different City Councils as well as the Virginia Beach School Board.

Spend enough time in mind-numbing meetings and you notice a tedious predictability in the way they conduct their business.

This is how it goes:

First, the elected officials make up their minds about a controversial issue.

Next, they hold public hearings on the issue as required by law.

Finally, after the last speaker leaves the lectern, they vote the exact way they were going to vote before the hearing started.

Rarely — if ever — have I seen a public official change position as the result of passionate speeches by the unwashed.

Elected officials care little about the public until election time. In fact, many are openly contemptuous of citizens who take up their precious time with emotional pleas.

Most of Tuesday night’s 32 speakers must have known their mission was futile but they clearly care about their kids, so they gave the imperious School Board members an earful anyway.

Some parents were articulate, polite and persuasive. Others were rude and loud.

Didn’t matter. None were heard.

In fact, the board recessed twice Tuesday night when they didn’t want to hear what the feisty speakers were saying.

Members seemed bored by parents who said their children suffer headaches from wearing masks all day. They appeared uninterested in speakers who pointed out that kids are poor vectors of the virus and that they tend to have mild illnesses when they do catch it. They were indifferent when parents pointed out that the flu is far more dangerous than Covid for children and that kids aren’t forced into masks during flu season. Most school board members — all but one unmasked — seemed unmoved when speakers pointed out that most vulnerable Virginians and teachers are vaccinated, why make school children mask up?

They also ignored at least one early childhood educator who claimed that kids need to see facial expressions and smiles and that children with speech problems were suffering delays from the wearing of masks.

When the last speaker finished, the board took a vote and — as expected — only four members sided with the children. Laura Hughes, who introduced the measure, Vicky Manning, Carolyn Weems and Jennifer Franklin. A quartet of good government types.

The six who voted against the resolution were the same board members who fought to keep students out of the classroom for months last year, despite ample evidence that it was safe to return.

Ironically, on Tuesday, WTKR reported that the Catholic Diocese of Richmond would make mask wearing optional in Catholic schools this fall. The decision will be left to the parents.

There may still be time to enroll your kid in a private or parochial school this fall. Scholarships are sometimes available, too.

That’s good news for children in Chesapeake, where the School Board voted in June to make masks optional this year if the governor lifted his emergency order, which he did.

It’s terrible news for Virginia Beach where the far-left majority on the school board is marching in lockstep with teachers unions that are already making noise about demanding universal masking as a condition of returning to classrooms this fall.

With new #COVID variants and vaccines not yet universally available, let’s ALL wear masks in schools for the time being. Keep all learners and staff safe. https://t.co/HrRkG4nNUb

Apparently there IS one group that gets the School Board’s attention. Sadly, it isn’t parents. And it certainly isn’t kids.