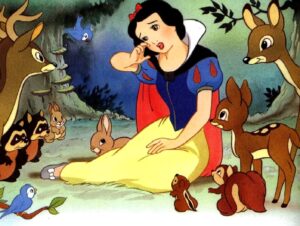 We read in the Virginian-Pilot yesterday this statement from columnist Gordon Morse: “Covering indigent care and doing so in ways that do not undermine the entire health care system is central to the existence of COPN.”

In his column, he moved on to this common and reductio-ad absurdum corollary: “You can, as an alternative to COPN (or any regulatory structure), just throw it wide open and see what happens.”

Mr. Morse’s narrative about COPN — repeated endlessly by the law’s supporters — is that without COPN, poor people would be left to die on hospital steps. The story captures the hearts and votes.  It has worked for nearly 50 years and works today.

Morse has been around forever and should know better. The fact is, COPN and healthcare facility licensing are separate sets of regulations in Virginia. Care for the poor does not depend upon COPN. At all. Never did.

Undeterred, Morse plays the compassion card face up. COPN supporters have no other card to show in polite company.

Those of us who oppose COPN consider the whole deck. Economic and political power. Campaign contributions. Control over the executive and, from recent reports, perhaps occasional influence over the judicial branches of Virginia government in key cases.  The “hall of mirrors” of which I have written.

Look at the 2008 COPN decisions in South Hampton Roads that resulted directly in the shutdown of Bayside and DePaul hospitals.  Those two hospitals served higher percentages of minority patients and provided more charity care than any others in Virginia Beach and Norfolk respectively. Gone.

Some providers may have cash-only practices, like cosmetic surgeons whose work is not covered by insurance, but all of them need state licenses. That is how non-COPN states deal with this issue – through licensing regulations.

If old hands like Morse could point to a non-CON state that has thrown the poor into the snow, they would do so. They cannot, so they allege the canard as if it were written on tablets.

If Virginia were to repeal COPN, it would make care for the poor a condition for licensing where appropriate. Like every other non-COPN state. Like non-COPN California for Pete’s sake.

COPN, designed in 1973, is, was, and today is run to protect incumbents from competition.    But Mr. Morse’s version of the truth — “it’s about poor people” — has been a winning one for decades.

Several generations of lobbyists have gotten rich. And Virginians are the poorer.

This entry was posted in Health Care, Regulation, Uncategorized and tagged Certificate of Public Need, James Sherlock. Bookmark the permalink.