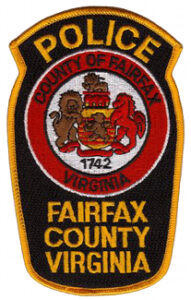 Apparently, protecting illegal aliens from U.S. immigration authorities is more important to the Fairfax County Board of Supervisors than safeguarding the transparency of police blotters, which have been a mainstay of local media crime reporting and public information about crime in the community.

The Fairfax County Police Department has stopped publishing its weekly arrest blotter. Immigrant rights and civil liberty groups had been pushing for the change, arguing that the weekly compilations, which includes arrestees’ records and other details, could help U.S. Immigration and Customs Enforcement (ICE) target immigrants for deportation, reports the Associated Press.

Remarkably, Diane Burkley Alejandro, executive director of ACLU People Power, said she has no evidence that ICE is actually using the blotters to track down immigrants. Rather, she says, the information provides a “road map” that might allow ICE to locate them as it employs new data-mining tools.

Citizens can still obtain the arrest data, but only by filing a Freedom of Information Act request subject to a month-long response time and possible fees.

ACLU and others began lobbying for the restrictions after the Board of Supervisors adopted a “Trust Policy” in January, which requires Fairfax County to cooperate with ICE when mandated by state or federal law but otherwise restricts it from release personal information of country residents that ICE could use. The previous year, Fairfax County police were barred form asking residents about their immigration status or giving information to ICE.

The lists can act as a means of public shaming in the Internet era, argues Alejandro. She raises a semi-legitimate point that the records are not updated to reflect when charges are dropped or people are acquitted with crimes. Fine. Perhaps the Board should consider requiring police to update the files rather than conceal them.

Police-maintained online crime maps will go dark as well, the AP reports. A police spokesman said the department is exploring ways to bring back the blotter “minus names and other details” that won’t violate county policy.

The sole Republican member of the Board, Pat Herrity, R-Springfield, voted against the Trust Policy. ““Removing this data sends the wrong message to our community on transparency,” he said. “Not providing the public, the media, and organizations that utilize the data with information on crimes in our neighborhoods moves us drastically in the wrong direction. To expect people to file a FOIA request for such information is nonsensical.”

Board Chair Jeffrey C. McKay said the policy strikes the right balance between sharing public safety information and protecting immigrants who, in the AP’s words, “are key to the county’s diversity and economy.”

Megan Rhyne, executive director of the Virginia Coalition of Open Government, said she was unaware of any other police department in the that that had dropped the arrest blotter over immigration concerns.

Bacon’s bottom line: Fairfax County Democrats have turned a corner that I never imagined possible. There is no other way to see this: They favor the rights of illegal immigrants over the rights of American citizens. It’s one thing to restrict local law enforcement cooperation with ICE in deporting ordinary illegal aliens. It’s another to restrict the deportation of illegal aliens charged with breaking the law. It’s another altogether to protect illegal aliens by sacrificing the public’s right to know.

Making police blotters available to the public (and the media) is a venerable American tradition. No one to my recollection ever evinced concern about the privacy rights of Americans arrested for crimes. Indeed, there are tabloid publications sold in convenience stores that do nothing but publish mug shots and arrest data taken from police blotters. Now, suddenly, Fairfax County has made it official policy for the purpose of — there’s no other way to put this — helping illegal immigrants evade arrest and deportation.

The Fairfax County political class has made it abundantly clear: It is siding with illegals over native-born Americans. Illegal immigrants are “key to the county’s diversity and economy.” No wonder so many citizens feel expendable.

This entry was posted in Crime , corrections and law enforcement, Immigration, Transparency, Uncategorized and tagged James A. Bacon. Bookmark the permalink.